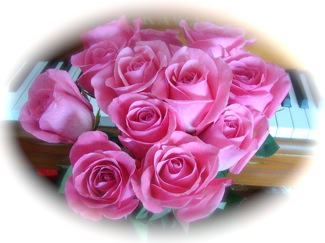 Orphaned, raised by an Uncle, loved by a king. This Esther Bible Study contains all of the elements of a good story. There is espionage, deception, an evil villain, and a lovely woman. However, the best thing of all is that it is true!

15 Then Esther bade them return Mordecai this answer,

16 Go, gather together all the Jews that are present in Shushan, and fast ye for me, and neither eat nor drink three days, night or day: I also and my maidens will fast likewise; and so will I go in unto the king, which is not according to the law: and if I perish, I perish.
Esther 4:15-16, King James Version

There is, perhaps, no Bible story more loved than that of Queen Esther. Originally this was going to go on my Women of the Bible page, until I realized that there was way more here than could be justified with just one Bible Devotion. I hope you will enjoy this Esther Bible Study. It is a work in progress, so keep coming back for the next saga in the life of Queen Esther of the Bible.


Queen Vashti - As the book of Esther of begins, Queen Vashti, one of the most beautiful women in the land, is secure in her position. However, when King Ahazuerus calls for the Queen, and she fails to come, her reign becomes short-lived.


Vashti and Ahasuerus - I am sure that Queen Vashti never expected to be dethroned for her disobedience to King Ahasuerus. Though God did not cause her to lose her throne, He used it for His own purposes.


The King Remembers - As we continue in our Esther Bible study, do you think when King Ahasuerus remembers dethroning Queen Vashti he has any regrets? Will this experience help him in choosing his next queen?

Beauty of Esther - Do you think King Ahasuerus will be more careful in choosing his next queen. After all, all of the women chosen were beautiful, but what would set Esther above all of the rest?


Queen Esther - What a dream come true! Queen Esther! Do you think as a little girl Esther ever dreamed that she would be the queen of the land?


A Plot Revealed - Esther had not been queen long when Mordecai, her uncle revealed a plot to take the king's life. Her quick actions in reporting the plot will be used by God in a wonderful way, later in her reign.


Haman - Enter Haman! As is not uncommon in royalty, the king was so pleased with Haman, that he elevated him above all of the other princes of the land, commanding all of his servants to bow down to Haman. There was only one problem; Mordecai, a servant in the king's gate, refused to bow down to Haman.


Casting Lots - Continuing with our Esther Bible Study, we find that Haman did not wait very long to bring about his evil plans. After casting lots to determine the month, Haman hurried to the king to get permission to put to death all of the Jews in the land.


Shushan Perplexed - Leaving Shushan perplexed, the king was totally unaware of what he had done; included in this death warrant would be his own wife, Queen Esther.


Sackcloth and Ashes - The decree had gone out that all of the Jewish people would be exterminated. The city of Shushan was in shock.


If I Perish - "What if I perish? Mordecai could not possibly understand what he is asking me to do," Esther thought. The king's edict, in fact the law of the land, forbid anyone to go before the king unless the king had called him or her. However, if the king extended his golden scepter to the person, he or she would be saved from death.

Esther Queen of Persia - As our Esther Bible study continues, we find that the time had come for Esther, Queen of Persia to appear before the King. Do you think she was nervous? I think she probably was. Even though she had great faith in God, she was still human. We should not equate nervousness with lack of faith.


Pride of Haman - Now, in our Esther Bible study, we see the pride of Haman revealed. Haman was feeling pretty good about himself; not only was he honored by the king, but now the queen was requesting that he come to a banquet prepared for just him and the king. How much higher could he get in the kingdom?


God Intercedes - We left Mordecai in a rather hopeless state in our last devotion: Pride of Haman. Haman, the man second only to the king himself, had built a gallows for Mordecai. He only needed the king's permission to proceed with the hanging.


The Tide Turns - We left Haman being rather smug when he hears the question of King Ahasuerus, in verse 6. Haman quickly thought of how he would like to be honored before the people, as he was sure that the king was speaking of him. It did not take him long to respond.


Gloom and Doom - How humiliating! After parading Mordecai around the city as one honored by the king, Haman hurried to his house, mourning and with his head covered. Things definitely do not look good for Haman!


End of Haman - The end of Haman has come! You will remember, that things are beginning to look really bad for Haman. His plot to annihilate the Jews is beginning to unravel.


Doomsday! - Is the story of Esther over? Can we now say, "And they all lived happily ever after."? There is only one problem. Remember, once the king made a decree and sealed it with his signet ring, it cannot be revoked.


Restoration - As our Esther Bible Study continues, each chapter of Esther seems to get better and better as we consider the state of the Jews in the land. Mordecai, with the help of the king's scribes has completed his decree.


Thirteenth Day - The day finally came: the twelfth month, the month of Adar, the thirteenth day. We are told in verse 1, On the day that the enemies of the Jews had hoped to overpower them, the opposite occurred, in that the Jews themselves overpowered those who hated them.