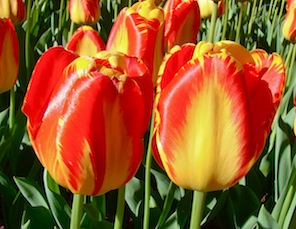 The story of Adam and Eve is perhaps one of the most well known stories in the Bible. This womens devotion will focus on Eve, the Mother of All Living. Eve is probably one of the best known women of the Bible. Our first thought of her is usually related to her sin of eating the fruit of the Tree of the Knowledge of Good and Evil.

And Adam called his wife's name Eve, because she was the mother of all living.
Genesis 3:20, NKJV

Now Adam knew Eve his wife, and she conceived and bore Cain, and said, "I have acquired a man from the Lord." Then she bore again, this time his brother Abel.
Genesis 4:1-2, NKJV

And Adam knew his wife again, and she bore a son and named him Seth, "For God has appointed another seed for me instead of Abel, whom Cain killed."
Genesis 4:25, NKJV

From the time sin entered the world, grief and pain entered the lives of Adam and Eve. Think of the joy this couple experienced at the birth of Cain. Genesis records her saying, I have acquired a man from the Lord. Then, shortly after, they were blessed with another son in the birth of Abel. It did not take long, however, for trouble to brew between the brothers. When God showed preference to the offering that Abel brought before Him over Cain's offering, jealousy showed its ugly face. In his anger, Cain killed his younger brother, Abel.

Imagine the grief that Eve faced. Not only did she have to face the death of a son, but that death came from the hand of her firstborn.

God continued to bless Adam and Eve with children, but the Bible does not give us the names of these children until Eve gave birth to Seth. God even identifies Seth as the replacement for Abel. Why doesn't God include the names of the other children?

What we really see in Genesis is the birth of the church. Because these three sons played a significant part in the birth of the church, they are the only three children of Adam and Eve mentioned in the Bible. Abel, the Godly son, was to be the continuance of the Godly seed. After his death, God chose Seth to continue in this role. We discover later that Noah was descended from Seth, the Godly seed. Abraham, descended from Noah's son Shem, became the father of the nation of Israel with whom God made a covenant, and was, in essence, the father of the church.

From that time on, God has always maintained a Godly seed on this earth. When pondering all of this, we realize that Eve, the Mother of All Living, was indeed the mother of the nation of Israel and the mother of God's church here on earth.

Thank God for Eve, the Mother of All Living.