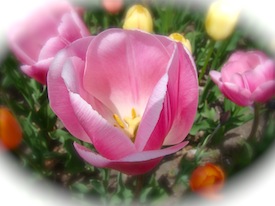 As the book of Esther of begins, Queen Vashti, one of the most beautiful women in the land, is secure in her position. However, when King Ahazuerus calls for the Queen, and she fails to come, her reign becomes short-lived.

1 Now it came to pass in the days of Ahasuerus (this was the Ahasuerus who reigned over one hundred and twenty-seven provinces, from India to Ethiopia), 2 in those days when King Ahasuerus sat on the throne of his kingdom, which was in Shushan the citadel, 3 that in the third year of his reign he made a feast for all his officials and servants—the powers of Persia and Media, the nobles, and the princes of the provinces being before him— 4 when he showed the riches of his glorious kingdom and the splendor of his excellent majesty for many days, one hundred and eighty days in all.5 And when these days were completed, the king made a feast lasting seven days for all the people who were present in Shushan the citadel, from great to small, in the court of the garden of the king’s palace. 6 There were white and blue linen curtains fastened with cords of fine linen and purple on silver rods and marble pillars; and the couches were of gold and silver on a mosaic pavement of alabaster, turquoise, and white and black marble. 7 And they served drinks in golden vessels, each vessel being different from the other, with royal wine in abundance, according to the generosity of the king. 8 In accordance with the law, the drinking was not compulsory; for so the king had ordered all the officers of his household, that they should do according to each man’s pleasure.

9 Queen Vashti also made a feast for the women in the royal palace which belonged to King Ahasuerus.10 On the seventh day, when the heart of the king was merry with wine, he commanded Mehuman, Biztha, Harbona, Bigtha, Abagtha, Zethar, and Carcas, seven eunuchs who served in the presence of King Ahasuerus, 11 to bring Queen Vashti before the king, wearing her royal crown, in order to show her beauty to the people and the officials, for she was beautiful to behold. 12 But Queen Vashti refused to come at the king’s command brought by his eunuchs; therefore the king was furious, and his anger burned within him.

Not only is this a lovely book of romance, but even more importantly, it is perfect example of God working among and for, the good of His people. But, before we get to the story of Esther, herself, we must understand some background information which is given to us in chapter 1.

Queen Vashti and King Ahasuerus (some consider this to be Xerxes) were a stunning couple. Ahasuerus, a man who commanded the attention of people not only because he was king, but he was a man whose presence seemed to fill any room he entered. Complemented by the beauty of Queen Vashti, they were, indeed, a couple one took note of. In Esther 1, we find that King Ahasuerus is giving a banquet; not just any banquet, but I mean a banquet! The feast, we are told, lasted 7 days! But even more impressive this feast occurred after he showed the riches of his glorious kingdom and the splendor of his excellent majesty for many days, one hundred and eighty days in all.

The feast, then, was the culmination of an event which had lasted 6 months! So, you see, this was no ordinary feast. Nothing of all of the riches of the kingdom were spared for this feast. Verses 6 and 7, shown above, give a detailed description of the gold, silver, etc. that was used.

Queen Vashti also gave a feast for the women who had also attended this special occasion with their husbands. It was certainly a joyous time, but suddenly everything changed. We are told that King Ahasuerus decided that he wanted his wife, Queen Vashti, to appear at his feast so that all of the men could admire her beauty, but she refused the command to come.

That is all we are told. We can try to read between the lines and speculate as to why she refused, but it is enough to know that the real issue was her refusal to obey the command of her husband, King Ahasuerus, and he was furious.

I would like to draw a parallel with our King. How do we react to the commandments of God? Do we think of them as optional? Or, maybe we think they are not important to us until we are older. It is not popular in our culture to be a Christian, which can place an avalanche of peer pressure on us. How do we handle that?

I would challenge you today to read and study the Word of God. Understand the Christian life and the laws of God by studying His Word. Then, build a strong relationship with the Lord Jesus Christ through prayer and fellowship with Him. You, each and every one of you, as Christians are here for a specific purpose, that is not about you! You are here to glorify and enjoy God, as you work to advance His kingdom here on earth.

Are you like Vashti? Do you pick and choose which commands you obey? Pray, today, that God would make you more and more faithful to Him each and every day of your life!

Next: Vashti and Ahasuerus