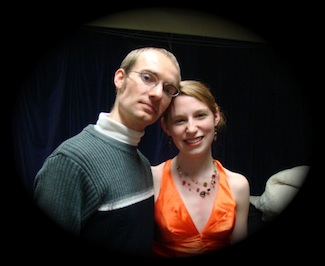 Bible Couples looks at couples mentioned in the Bible--some married, some related in other ways, and some just friends, and are suitable for teen devotions as well as devotions for women.

He who finds a wife finds a good thing,
And obtains favor from the Lord.

When I first did a section of devotions on "Bible Couples," they were a part of my teen devotions. I have discovered through the years that this is a very popular page. So, I have decided to return to this topic. I hope to include not only married couples, but also those who have been paired together for other reasons. For example, Deborah and Barak were not married, but they appear together in the narrative so that we do not generally think of one without thinking of the other. So, I would also like to include some that do not fall into the normal category of "couples" as we think of them. Please let me know what you think. I would be happy to include some others if you would like to send your requests to me.

It is now the spring of 2020. You will note that I have just added some devotionals to this page. I also have begun a page called Bible Women which is a complement to the page Great Women of the Bible, In Great Women of the Bible I include the well-known women in the Bible, and in Bible Women I include some of the lesser known women in the Bible. Like Bible Couples, these are all pages which are continuing to develop. I love your comments and appreciate your recommendations of pages you would like to see included.

Thanks for reading my website. May God glorify our efforts to serve Him and praise Him in all that we do.

This section is a work in progress. Keep checking back as new devotions will be added frequently. Links that do not take you to the appropriate page will do so when that page is ready.Thanks for visiting,
LC