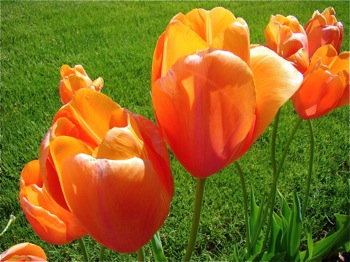 The tension between Vashti and Ahasuerus was the undoing of Queen Vashti. I am sure she never expected her disobedience to result in her losing her throne.

13 Then the king said to the wise men who understood the times (for this was the king’s manner toward all who knew law and justice, 14 those closest to him being Carshena, Shethar, Admatha, Tarshish, Meres, Marsena, and Memucan, the seven princes of Persia and Media, who had access to the king’s presence, and who ranked highest in the kingdom):

15 “What shall we do to Queen Vashti, according to law, because she did not obey the command of King Ahasuerus brought to her by the eunuchs?”

16 And Memucan answered before the king and the princes: “Queen Vashti has not only wronged the king, but also all the princes, and all the people who are in all the provinces of King Ahasuerus. 17 For the queen’s behavior will become known to all women, so that they will despise their husbands in their eyes, when they report, ‘King Ahasuerus commanded Queen Vashti to be brought in before him, but she did not come.’ 18 This very day the noble ladies of Persia and Media will say to all the king’s officials that they have heard of the behavior of the queen. Thus there will be excessive contempt and wrath. 19 If it pleases the king, let a royal decree go out from him, and let it be recorded in the laws of the Persians and the Medes, so that it will not be altered, that Vashti shall come no more before King Ahasuerus; and let the king give her royal position to another who is better than she. 20 When the king’s decree which he will make is proclaimed throughout all his empire (for it is great), all wives will honor their husbands, both great and small.”

21 And the reply pleased the king and the princes, and the king did according to the word of Memucan. 22 Then he sent letters to all the king’s provinces, to each province in its own script, and to every people in their own language, that each man should be master in his own house, and speak in the language of his own people.

Vashti and AhasuerusI am sure that Queen Vashti never expected her disobedience to the king to result in her banishment. I know the Scripture passage above is rather long, but take a moment to read through it. Was the king justified in his decision? Was the king wise in his decision?

Unless you live in a country with one ruler, it is not easy to put one's self in this situation. Vashti and Ahasuerus were the royal couple. I really do not think that Vashti expected to be dethroned. The fact that Ahasuerus was the king made him justified in making the decision he made. Whether it was a wise decision, I guess one could argue. Actually, considering God's purpose, God was making a way for His servant to take over the position of queen. God did not force the king and his advisors to make the decision they did, but he used them to bring to pass His plan.

What an amazing God we have! It goes beyond the scope of our understanding. God is not the author of sin, and yet he is able to use the circumstances created by sinful men to bring about His eternal purposes.

Think about Vashti and Ahasuerus as you go about the duties of this day. As a Christian, this same God is your God. He can never be thwarted from fulfilling each and every plan He has made. Ponder that today; pray that He will give you confidence and strength as a Christian, knowing that this Almighty God is walking with you, guiding you in the paths you should take.

Next: The King Remembers