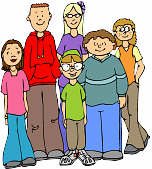 8 Beatitude Devotionals from the Bible

These devotions for children are written in story format using characters from the Bible. After the story is finished, a short explanation of the beatitude follows. Take the time to read all eight of these Beatitude devotions.

But Jesus said, “Let the little children come to Me, and do not forbid them; for of such is the kingdom of heaven.”

Blessed are the Poor in Spirit for theirs is the kingdom of heaven. Peter could hardly sit down in the boat! He was SO excited. Peter, John, Matthew and the other disciples had just seen something they would never forget. It’s all they could talk about. It had been a very hot day. Jesus had sailed away to a deserted place so he could be alone for awhile. The people were looking for him.

Blessed are those who Mourn for they shall be comforted. Peter and the disciples loved Jesus. They would do anything for him. But, one time when Jesus and his disciples were sitting together at the table, the disciples began to argue about who was the greatest in the kingdom of heaven.

Blessed are the Meek for they shall inherit the earth. The Bible tells us that Moses was a great leader of the Children of Israel. He would listen to their complaints, and then go before God and ask for help for them. However, many times the people would become jealous of him. One day, Moses’ brother, Aaron, and sister, Miriam, were talking about Moses. Who did Moses think he was? Was he the only one God spoke to?

Blessed are those who hunger and thirst after righteousness for they shall be satisfied. Jesus traveled around through the towns around Jerusalem, healing the sick (including many children) and telling the people about his heavenly Father. He also spoke of sin and forgiveness. Zacchaeus was a tax collector, and he was very rich. Most people did not like tax collectors because it was common for them to collect more taxes than were due, and then keep some of the money for themselves.

Blessed are the Merciful for they shall receive mercy. Jesus told many stories to his disciples, just like parents like to tell Bible stories to their children. Stories were a good way to show them what his words meant. Here is one of my favorite. A certain man was traveling from Jerusalem to Jericho. The man couldn’t help but be happy, as the day was bright and cheerful. This, however, would soon change!

Blessed are the pure in heart for they shall see of God. It was early in Jesus’ ministry. Jesus was just beginning to call men to be his disciples. Simon Peter and Andrew were both followers of Jesus. Jesus found Andrew fishing, and called him to follow him. Andrew ran to get his brother, Peter, and both followed Jesus. The next day, as Jesus was walking, he found Philip and called Philip to follow him. Philip lived in the same city as Andrew and Peter. Philip ran to find his good friend Nathanael and said to him, “We have found Him of whom Moses in the law, and also the prophets, wrote—Jesus of Nazareth, the son of Joseph.

Blessed are the peacemakers for they shall be called sons of God. In the Bible we find a story about a very courageous, peacemaker, who was used by God to save the Children of God from uncertain death. Esther was a beautiful woman. As a matter of fact she was SO beautiful, that she was chosen by the king of Persia to become his queen.

Blessed are those who are Persecuted for Righteousness' Sake for theirs is the kingdom of heaven. Jacob had many sons, but his favorite was the youngest, Joseph. He did many special things for Joseph that he did not always do for Joseph’s older brothers. Because of this, Joseph’s older brothers hated him. As a matter of fact, they hated him so much, that they decided to kill him and then lie to their father by telling him that Joseph had been killed by a wild animal.

Thanks for taking this journey through the beatitudes with me. I hope you had as much fun as I did.

Blessed are the Poor in Spirit

Blessed are Those who Mourn

Blessed are the Meek

Blessed are those who Hunger and Thirst for Righteousness

Blessed are the Merciful

Blessed are the Pure in Heart

Blessed are the Peacemakers

Blessed are those who are Persecuted for Righteousness' Sake

Let me know what you like, and give me ideas of other topics you’d like to see included. Send me your stories. Tell me how this site is a help for your own Bible study. I’d like to include your stories as well, so write to me, and you never know, you might find yourself right here in print.