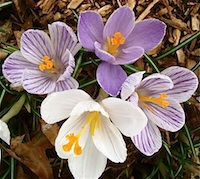 Doomsday! Is the story of Esther over? Can we now say, "And they all lived happily ever after."? There is only one problem. Remember, once the king made a decree and sealed it with his signet ring, it cannot be revoked.

1 On that day King Ahasuerus gave Queen Esther the house of Haman, the enemy of the Jews. And Mordecai came before the king, for Esther had told how he was related to her. 2 So the king took off his signet ring, which he had taken from Haman, and gave it to Mordecai; and Esther appointed Mordecai over the house of Haman.

3 Now Esther spoke again to the king, fell down at his feet, and implored him with tears to counteract the evil of Haman the Agagite, and the scheme which he had devised against the Jews. 4 And the king held out the golden scepter toward Esther. So Esther arose and stood before the king, 5 and said, “If it pleases the king, and if I have found favor in his sight and the thing seems right to the king and I am pleasing in his eyes, let it be written to revoke the letters devised by Haman, the son of Hammedatha the Agagite, which he wrote to annihilate the Jews who are in all the king’s provinces. 6 For how can I endure to see the evil that will come to my people? Or how can I endure to see the destruction of my countrymen?”

Is the story of Esther over? Can we now say, "And they all lived happily ever after."? There is only one problem. Remember, once the king made a decree and sealed it with his signet ring, it cannot be revoked. Though Haman is now dead, the law he enacted was still in effect; the Jews were still to be destroyed. Doomsday for the Jews was still on the horizon!

Even though the king honored Mordecai, placing him over the household of Haman, it was still necessary for Esther to appear before the king once more. As before, the king was delighted to hold out the golden scepter to the queen. Though he could not revoke Haman's law, the king gave Esther and Mordecai permission to write a decree concerning the Jews as they pleased and to seal it with the king's signet ring.

What an interesting situation Queen Esther and Mordecai find themselves in. Have you ever found yourself locked in a devastating circumstance that you cannot change? Doomsday seemed just on the horizon. What did you do? If we think back a few chapters in this story, we remember that Queen Esther and Mordecai, as well as many of the Jews, sought the Lord in sackcloth and ashes to come to their aid. Do you think they expected the events that followed?

It is a good test of our faith, is it not? How do we respond to dangerous or depressing circumstances? Do we have the faith to believe that God will come to our aid? When God answered that prayer, did He deal with it exactly in the manner you expected?

When I look back through the many years I have been a Christian, I am amazed the directions God has taken me. I never expected to be exactly where I am in the present circumstances. Oh, that does not mean I was always filled with a strong faith. Unfortunately my faith ebbed and flowed.

I did not like the valleys; I preferred the sunshine. However, there have been many many dark valleys in my life. Do I regret that now? I regret my sin, but I do not regret these lessons that God has used to increase my faith.

What an amazing God we have. Just as God provided Esther and Mordecai with a way to divert the almost certain doomsday for the Jews, He never leaves us nor forsakes us, and even takes the bad things in our lives to bring us closer and closer to Him.