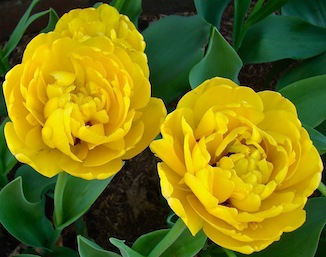 Because the book of Genesis tells much about the couple, Abraham and Sarah, there is more material that I can cover in one devotional. Therefore, I will devote several devotions to this Bible couple, the first of which appears on this page.

29 Then Abram and Nahor took wives: the name of Abram’s wife was Sarai, and the name of Nahor’s wife, Milcah, the daughter of Haran the father of Milcah and the father of Iscah. 30 But Sarai was barren; she had no child.

31 And Terah took his son Abram and his grandson Lot, the son of Haran, and his daughter-in-law Sarai, his son Abram’s wife, and they went out with them from Ur of the Chaldeans to go to the land of Canaan; and they came to Haran and dwelt there. 32 So the days of Terah were two hundred and five years, and Terah died in Haran.

We are told, in verse 29 shown above, that Abram and his brother, Nahor, took wives. I have to admit that sounds rather sterile, doesn't it? Where is the romance? I guess we are left to imagine that by ourselves. Often marriages were prearranged in those days, but we cannot necessarily assume that the marriage of Abraham and Sarah was prearranged.

Why does God do that? Why does He not tell us how they met, courted, and were married? God's purpose in giving us the account of this Bible couple was not to entertain us. We will never find the account of Sarah and Abraham in a teen magazine!

He does, however, have some great lessons for us to learn as we view the interactions they had with each other throughout their married years. As a matter of fact, some of these interactions were rather startling.

We will cover these in the next few devotions, but let us be content, today, with the knowledge that God had a specific purpose in mind for everything that He included in His Word. That purpose is for us!

From Genesis through Revelation, God reveals His plan for mankind. From the fall of Adam and Eve, to the birth, death, and resurrection of Christ, and to the end of time, God is working out His mighty purpose in the lives of His children.

As a child of God, you are a chosen one! You are chosen by Christ, with a very special purpose to fulfill in the kingdom of Christ.

More Devotionals on Abraham and Sarah