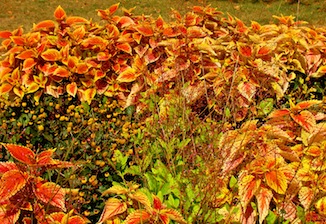 Restoration! Each chapter seems to get better and better as we consider the state of the Jews in the land. Mordecai, with the help of the king's scribes has completed his decree.

9 So the king’s scribes were called at that time, in the third month, which is the month of Sivan, on the twenty-third day; and it was written, according to all that Mordecai commanded, to the Jews, the satraps, the governors, and the princes of the provinces from India to Ethiopia, one hundred and twenty-seven provinces in all, to every province in its own script, to every people in their own language, and to the Jews in their own script and language. 10 And he wrote in the name of King Ahasuerus, sealed it with the king’s signet ring, and sent letters by couriers on horseback, riding on royal horses bred from swift steeds.

11 By these letters the king permitted the Jews who were in every city to gather together and protect their lives—to destroy, kill, and annihilate all the forces of any people or province that would assault them, both little children and women, and to plunder their possessions, 12 on one day in all the provinces of King Ahasuerus, on the thirteenth day of the twelfth month, which is the month of Adar. 13 A copy of the document was to be issued as a decree in every province and published for all people, so that the Jews would be ready on that day to avenge themselves on their enemies. 14 The couriers who rode on royal horses went out, hastened and pressed on by the king’s command. And the decree was issued in Shushan the citadel.

15 So Mordecai went out from the presence of the king in royal apparel of blue and white, with a great crown of gold and a garment of fine linen and purple; and the city of Shushan rejoiced and was glad. 16 The Jews had light and gladness, joy and honor.

Each chapter seems to get better and better as we consider the state of the Jews in the land. Mordecai, with the help of the king's scribes has completed his decree. On the same day that Mordecai had set for the Jews annihilation, the Jews were given permission to protect their lives by killing and destroying any enemies who came to attack them.

Restoration was being provided by God in a very unusual way. Why did God make them have to fight? The Jews were happy; who would not be, but, they still had to fight to protect their lives.

Why does God work in our lives the way He does. Certainly there are easier ways, are there not? Why, we can think of 100 different ways that God could improve our circumstances without us lifting a finger to help.

Have you ever heard the phrase, "God helps those who help themselves."? Many times God tests our faith by changing the circumstances so that we still need to take an active part in changing our lives. God could grant many things to us, such as an unrelenting faith. Instead, we are sent circumstances that are not always so pleasant to grow us in our faith.

Many Christians send out the appeal to come to Christ so that you can live the abundant life. How accurate is that, or what do they really mean? Yes, our life in Christ is abundantly filled with peace and joy. However, that does not mean without difficulty. When the first bad thing happens to a Christian who has been promised that everything will be golden from now on, how does he react? Does he say, "Wait a minute. I never signed up for this!"?

God does allow hardships and unpleasant circumstances into our lives so that it often seems we have more troubles than the unsaved. However, there are two important things to remember. 1st - God never leaves us or forsakes us; He walks with us through the valleys as well as the sunshine. 2nd - The hardships are sent or allowed to come upon us by our loving God who, through the valleys, increases our peace and joy in Him. And, of course, we have a very bright future, do we not? We look forward to eternity in heaven with our Lord and Savior.

Though we experience times of hardship, God always brings restoration, and, of course, the perfect restoration comes when we go to live with Christ forever!