Women of the Bible Stories 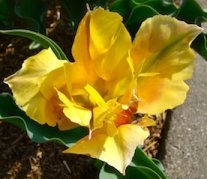 Bible devotions for women continues with three Women of the Bible Stories about a baby: The mother of Moses, the Midwives and the daughter of Pharoah from Exodus 2.

Women of the Bible Stories
Shiprah and Puah the Midwives

15 Then the king of Egypt spoke to the Hebrew midwives, of whom the name of one [was] Shiphrah and the name of the other Puah; 16 and he said, "When you do the duties of a midwife for the Hebrew women, and see [them] on the birthstools, if it [is] a son, then you shall kill him; but if it [is] a daughter, then she shall live." 17 But the midwives feared God, and did not do as the king of Egypt commanded them, but saved the male children alive. 18 So the king of Egypt called for the midwives and said to them, "Why have you done this thing, and saved the male children alive?" 19 And the midwives said to Pharaoh, "Because the Hebrew women [are] not like the Egyptian women; for they [are] lively and give birth before the midwives come to them." 20 Therefore God dealt well with the midwives, and the people multiplied and grew very mighty. 21 And so it was, because the midwives feared God, that He provided households for them. 22 So Pharaoh commanded all his people, saying, "Every son who is born you shall cast into the river, and every daughter you shall save alive."
Exodus 1:15-22, NKJV

We are living in a time of great stress and conflict. We see the conflict between Israel and many of the Arabic nations; we’ve seen the results of terrorist’s attacks in many places such as London, France, and the United States. And, amidst these times of terrorism we have been horrified to see the atrocities committed.

Shiphrah and Puah knew the consequences of their actions; they knew that they could be executed for their direct defiance of Pharoah’s orders. They considered the cost, and obeyed God. Would we?

God protected the two midwives, not only by sparing their lives but by giving them their own children as well. (Remember, children are a gift from God!)


Women of the Bible Stories
The Mother of Moses

Exodus 2:1 And a man of the house of Levi went and took [as wife] a daughter of Levi. 2 So the woman conceived and bore a son. And when she saw that he [was] a beautiful [child,] she hid him three months. 3 But when she could no longer hide him, she took an ark of bulrushes for him, daubed it with asphalt and pitch, put the child in it, and laid [it] in the reeds by the river's bank.
Exodus 2:1-3, NKJV

I remember a time about 30 years ago when a pastor of mine said that he would hate to have to bring up any more children because of the wickedness of the times and the temptations the children of the future would have to face. (His three sons were all teens at the time.)

What about the Israelites living in Egypt under the reign of a cruel Pharoah who ordered that all of the boy babies be killed? Do you think you might have thought long and hard about having a baby during such a time?

Moses’ wife was not afraid to give birth to a child during this time. What a great example of Christian faith she is to us today. Sure enough, she gave birth to a boy, a beautiful boy! Now, we know the rest of the story, but she didn’t. She hid her son for as long as she could, and then made an ark for him out of bulrushes lined with pitch and asphalt. (How’s that for a bassinet!) She laid her little 3 month old son inside the little ark, and floated it among the bulrushes. How she must have prayed for the safety of her son!

In the next Women of the Bible Stories we see how God used the daughter of Pharoah to accomplish His plan.

Women of the Bible Stories
The Daughter of Pharoah

4 And his sister stood afar off, to know what would be done to him. 5 Then the daughter of Pharaoh came down to bathe at the river. And her maidens walked along the riverside; and when she saw the ark among the reeds, she sent her maid to get it. 6 And when she had opened [it,] she saw the child, and behold, the baby wept. So she had compassion on him, and said, "This is one of the Hebrews' children." 7 Then his sister said to Pharaoh's daughter, "Shall I go and call a nurse for you from the Hebrew women, that she may nurse the child for you?" 8 And Pharaoh's daughter said to her, "Go." So the maiden went and called the child's mother. 9 Then Pharaoh's daughter said to her, "Take this child away and nurse him for me, and I will give [you] your wages." So the woman took the child and nursed him. 10 And the child grew, and she brought him to Pharaoh's daughter, and he became her son. So she called his name Moses, saying, "Because I drew him out of the water."
Exodus 2:4-10, NKJV

The daughter of Pharoah was a minister of God! She did not know she was a minister of God, but we know God uses many non-believers as instruments to bring about His sovereign plans. Only a daughter of Pharoah could be so bold as to adopt a Hebrew baby boy. And only our Great God would be so kind as to allow the child’s mother to become the baby’s nurse!

God had great plans for this baby; but to execute those plans, this child needed to be properly prepared. He received the best training available in Egypt; and he had an insider’s view of the courts of Pharoah. The very thing that Pharoah feared the most was being nurtured right under his nose!

What lessons for today do we learn from these three Women of the Bible Stories?


Women of the Bible Stories
Applications

What marvelous women of the Bible stories God has given us to show His mighty working on behalf of the Israelite nation. But, are these only stories; do they only apply to that time?

No! All Scripture is given by inspiration of God, and is profitable for doctrine, for reproof, for correction, for instruction in righteousness, that the man of God may be complete, thoroughly equipped for every good work. 2 Timothy 3:15

Women of the Bible Stories