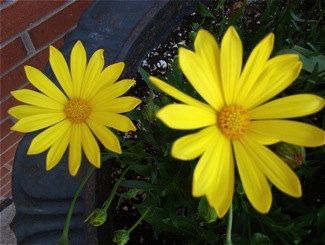 Leaving Shushan perplexed, the king was totally unaware of what he had done; included in this death warrant would be his own wife, Queen Esther.

12 Then the king’s scribes were called on the thirteenth day of the first month, and a decree was written according to all that Haman commanded—to the king’s satraps, to the governors who were over each province, to the officials of all people, to every province according to its script, and to every people in their language. In the name of King Ahasuerus it was written, and sealed with the king’s signet ring. 13 And the letters were sent by couriers into all the king’s provinces, to destroy, to kill, and to annihilate all the Jews, both young and old, little children and women, in one day, on the thirteenth day of the twelfth month, which is the month of Adar, and to plunder their possessions. 14 A copy of the document was to be issued as law in every province, being published for all people, that they should be ready for that day. 15 The couriers went out, hastened by the king’s command; and the decree was proclaimed in Shushan the citadel. So the king and Haman sat down to drink, but the city of Shushan was perplexed.

The couriers went out hurriedly by order of the king, and the decree was issued in Susa the citadel. And the king and Haman sat down to drink, but the city of Susa was thrown into confusion.
(English Standard Version)

As we grow older we are probably paying a lot more attention to things going on around us than you did a few years ago. We probably stay more tuned to current events, follow elections more closely, and are certainly not immune to political ads on television. We are also familiar with the reality that politicians do not always make decisions that are popular with the people they represent. Sometimes, as a matter of fact, they are totally unaware of what they have done!

Such is the case in our Bible reading for today. King Ahasuerus, through the hand of Haman, has issued a decree that on the 13th day of the 12th month, all Jews should be killed including men, women, and even children. The decree was issued throughout the land, and the king and Haman sat down to drink! His decree left Shushan perplexed, or as other translations word it, the city of Susa was thrown into confusion.

The king was totally unaware of what he had done; included in this death warrant would be his own wife, Queen Esther.

In the United States we have not seen a lot of persecution of Christians, but in other lands that is not the case. However, the tide seems to be changing in our country as well. What would we do if a law was passed that ordered all Christians to be killed? It seems impossible, does it not? If we think that is the case, take a serious look around at other countries in our world today!

How should a Christian react to such things? How would your life change if that were the case? Would you hide your Christianity? Would you reject Christianity? Or, like the girl at Columbine High School who was asked at gunpoint if she was a Christian, would you answer, yes? She lost her life. Would you be willing to lose yours for Christ?

These are sobering questions, but we must not think we will never have to face such a thing in our lifetime. History certainly shows differently. Christianity has always been attacked; the United States was founded by many Christians whose ancestors fled here to escape persecution. Satan will never give up his attack upon Christians until Christ finally removes him from the scene forever.

The king's decree left Shushan perplexed, and so would we be perplexed and confused. Where was God in all of this? That question will be answered as we continue through the book of Esther.

Next: Sackcloth and Ashes