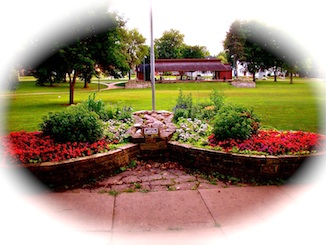 The end of Haman has come! You will remember, that things are beginning to look really bad for Haman. His plot to annihilate the Jews is beginning to unravel.

3 Then Queen Esther answered and said, “If I have found favor in your sight, O king, and if it pleases the king, let my life be given me at my petition, and my people at my request. 4 For we have been sold, my people and I, to be destroyed, to be killed, and to be annihilated. Had we been sold as male and female slaves, I would have held my tongue, although the enemy could never compensate for the king’s loss.”

5 So King Ahasuerus answered and said to Queen Esther, “Who is he, and where is he, who would dare presume in his heart to do such a thing?”

6 And Esther said, “The adversary and enemy is this wicked Haman!”

So Haman was terrified before the king and queen.

As the word left the king’s mouth, they covered Haman’s face. 9 Now Harbonah, one of the eunuchs, said to the king, “Look! The gallows, fifty cubits high, which Haman made for Mordecai, who spoke good on the king’s behalf, is standing at the house of Haman.”

Then the king said, “Hang him on it!”

10 So they hanged Haman on the gallows that he had prepared for Mordecai. Then the king’s wrath subsided.

The End of Haman

I am sorry to give you such a long Bible passage to read, but it is hard to break this into more than one devotional. It is a rather interesting read, so I hope you will take the time to do so.

You will remember, that things are beginning to look really bad for Haman. As the end of Haman draws near, his plot to annihilate the Jews is beginning to unravel. Haman has just been ushered into the banquet hall of Queen Esther and King Ahasuerus to dine with the king and queen. When Esther begins her plea to the king, notice how she begins.

The End of Haman - Queen Esther's Request
Then Queen Esther answered and said, “If I have found favor in your sight, O king, and if it pleases the king, let my life be given me at my petition, and my people at my request.

I am sure that not many things surprise a king, but I am certain that Esther's words must have left King Ahasuerus speechless. Esther starts with, "Let my life be given me at my petition, and my people at my request."

"Why is Esther pleading for her life?" he must have thought. "How can she possible be in any danger here in my palace?" The king replied, “Who is he, and where is he, who would dare presume in his heart to do such a thing?”

I am sure you know what Queen Esther's answer will be, and so did Haman. “The adversary and enemy is this wicked Haman!”

The End of Haman - The King's Response

The king was so enraged that he quickly left the room. Haman saw his opportunity, and ran to Queen Esther and fell across her couch to plead for his life. That is exactly what King Ahasuerus saw when he returned into the room.

Then the king said, “Will he also assault the queen while I am in the house?”

The servants rushed in and covered Haman's face and dragged him away. It is interesting to note that even though the king had no knowledge of Haman's activities, the household servants knew exactly what was going on. The king's eunuch quickly explained that Haman had built a 50 foot gallows to hang Mordecai. The king replied, Hang him on it!"

The End of Haman - Lessons to Learn

What is the lesson we need to learn about the end of Haman? You do not want to be the enemy of God! I know it seems as though wickedness reigns all around us, and the guilty never get caught. But, just as we saw Haman's end, so will be everyone's end who is found to be an enemy of God when Christ comes again for His own.

As a Christian, be assured that God continually works on your behalf. Whether you are a teen, a child, or an adult, it does not mean that you are not worthy of God's help and attention.

All of Christ's children, from the youngest to the oldest are constantly in His care. That does not mean you will not face adversity, for you will! God allows adversity to come into your life to draw you closer and closer to him.

Will your end be like the end of Haman? I pray it will not. Go to Christ; He is the only way, the only truth, and the only life.