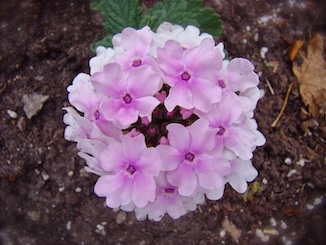 Now we see the pride of Haman revealed. Haman was feeling pretty good about himself; not only was he honored by the king, but now the queen was requesting that he come to a banquet prepared for just him and the king. How much higher could he get in the kingdom?

9 So Haman went out that day joyful and with a glad heart; but when Haman saw Mordecai in the king’s gate, and that he did not stand or tremble before him, he was filled with indignation against Mordecai. 10 Nevertheless Haman restrained himself and went home, and he sent and called for his friends and his wife Zeresh. 11 Then Haman told them of his great riches, the multitude of his children, everything in which the king had promoted him, and how he had advanced him above the officials and servants of the king. 12 Moreover Haman said, “Besides, Queen Esther invited no one but me to come in with the king to the banquet that she prepared; and tomorrow I am again invited by her, along with the king. 13 Yet all this avails me nothing, so long as I see Mordecai the Jew sitting at the king’s gate.” 14 Then his wife Zeresh and all his friends said to him, “Let a gallows be made, fifty cubits high, and in the morning suggest to the king that Mordecai be hanged on it; then go merrily with the king to the banquet.” And the thing pleased Haman; so he had the gallows made.

The Pride of Haman

Haman was feeling pretty good about himself; not only was he honored by the king, but now the queen was requesting that he come to a banquet prepared for just him and the king. How much higher could he get in the kingdom?

Everything was going great until he saw Mordecai sitting at the king's gate. Fresh anger rose within him. Why was Mordecai so unmoved by him; why did he not bow to him like everyone else?

Haman could not wait to gather his family and friends and tell them the news of his escalating greatness, but he could also not help but tell them about Mordecai, the Jew. How could he be happy with Mordecai sitting at the king's gate?

His wife and friends came up with a quick solution. Why not build a gallows and hang Mordecai in the presence of all people? This would serve as a warning to those who refused to bow before him. "Hmm! Not a bad idea," he thought. He quickly called for the necessary men and immediately had the gallows built.

Now what was going to happen? Could God save Mordecai? Time was running out, as Haman intended to have Mordecai hung the next day. Is our God greater than the hearts of wicked men?
Oh, yes! We do not see behind the scenes, nor can we read the thoughts of men, but God can! Nothing happens apart from God's plans; no man can change the paths that God has set. When I think of this, I am reminded of Psalm 91:1.

He that dwelleth in the secret place of the Most High, shall abide under the shadow of the Almighty. KJV

Just think of that! Haman was living under the shadow of the Almighty, as are we, and we will see how the pride of Haman became his own undoing!