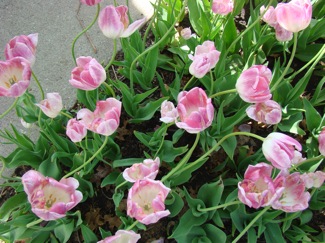 The drama of Queen Esther being chosen over all of the other women in the court is a fairy tale coming true!

10 Esther had not revealed her people or family, for Mordecai had charged her not to reveal it. 11 And every day Mordecai paced in front of the court of the women’s quarters, to learn of Esther’s welfare and what was happening to her.

12 Each young woman’s turn came to go in to King Ahasuerus after she had completed twelve months’ preparation, according to the regulations for the women, for thus were the days of their preparation apportioned: six months with oil of myrrh, and six months with perfumes and preparations for beautifying women. 13 Thus prepared, each young woman went to the king, and she was given whatever she desired to take with her from the women’s quarters to the king’s palace. 14 In the evening she went, and in the morning she returned to the second house of the women, to the custody of Shaashgaz, the king’s eunuch who kept the concubines. She would not go in to the king again unless the king delighted in her and called for her by name.

15 Now when the turn came for Esther the daughter of Abihail the uncle of Mordecai, who had taken her as his daughter, to go in to the king, she requested nothing but what Hegai the king’s eunuch, the custodian of the women, advised. And Esther obtained favor in the sight of all who saw her. 16 So Esther was taken to King Ahasuerus, into his royal palace, in the tenth month, which is the month of Tebeth, in the seventh year of his reign. 17 The king loved Esther more than all the other women, and she obtained grace and favor in his sight more than all the virgins; so he set the royal crown upon her head and made her queen instead of Vashti. 18 Then the king made a great feast, the Feast of Esther, for all his officials and servants; and he proclaimed a holiday in the provinces and gave gifts according to the generosity of a king.

Mordecai may have been Esther's uncle, but it was obvious that she was more like a daughter to him. Day after day he paced before the women's quarter to learn of her well being. I can imagine that when the time came for her to appear before the king, he may have been more nervous that she.

Has the year changed Esther? Has she become consumed with her own beauty? No. By the grace of God, she remained the same humble, sweet woman she was. In fact, she gained favor from all those about her. When it was time for Esther to appear before the king, she requested nothing except the things suggested by the custodian of the women.

What happened when Esther appeared before the king?

This, however, is just the beginning. Much drama will unfold before us as we see God's reason for making Esther queen of the land. Do you think Queen Esther ever thought, when she was a child, that someday she would be queen?

Often our lives seem to develop a boring drudgery as one day rolls into the next. We never know when an event will occur that will change our life forever.

As a Christian, you are here for a reason. God developed a plan and purpose for your life before time began. If you are a teen, you are in those formative years when many decisions you make will affect the rest of your life.

Where does God fit in your planning for the future? Do you just tack Him conveniently in your life when it suits your purpose and them hide Him in the closet the rest of the time? I challenge you to put God first, making all decisions from the perspective of seeking your God ordained purpose.

Does that mean that life will be happy, happy, happy for the rest of your life? Not hardly! You will have greater peace and joy, but God often uses hardships and difficulties to bring us closer to Him just as He did in the life of Queen Esther. Later in life, when you look back you will understand many of the reasons that things happened as they did. Some things you will never understand until eternity, and I suspect you will not care any more at that time. You will be so full of love for our Lord, that everything else will pale in comparison.

Go to Christ; pray that He will give you the desire and ability to keep Him first. Your life may never have the glamor of Queen Esther -- but, then, you never know, do you?

Next: A Plot Revealed