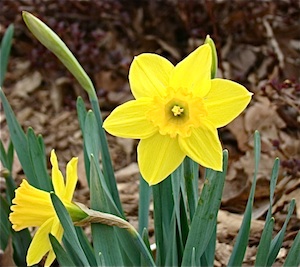 When the king remembers dethroning Queen Vashti, do you think Ahasuerus has regrets? It is not long before his advisors think of a solution.

1 After these things, when the wrath of King Ahasuerus subsided, he remembered Vashti, what she had done, and what had been decreed against her. 2 Then the king’s servants who attended him said: “Let beautiful young virgins be sought for the king; 3 and let the king appoint officers in all the provinces of his kingdom, that they may gather all the beautiful young virgins to Shushan the citadel, into the women’s quarters, under the custody of Hegai the king’s eunuch, custodian of the women. And let beauty preparations be given them. 4 Then let the young woman who pleases the king be queen instead of Vashti.”This thing pleased the king, and he did so.
(Esther 2:1-4, New King James Version)

Do you think when the king remembers Queen Vashti that he had any regrets? Whether he regretted his decision or not, it could not be changed. We know, from the Bible, that all of this was used by God to save the Jewish people from extinction, but of course, King Ahasuerus would have no knowledge of this.We note from this passage, that when the king remembers his former queen, he had some very wise servants. Was Vashti the only beautiful woman in the kingdom? Definitely not! The servants advised the king to seek out a new queen from among the beautiful women who would be brought to the city and prepared to meet the king.

Have you ever thought about why God made you very beautiful -- or not. That is a silly question to ask, right? I have heard that sometimes beauty can be a curse! Having not experienced that, as I do not consider myself to be all that beautiful, I guess I cannot say whether that is true or not.

I would like to challenge you all with this thought. What is more important to God, your outer beauty or your inner beauty? We have all had the experience of opening gorgeous presents, only to find a great disappointment when it was unwrapped. We have also had the experience of opening packages that were hastily wrapped, and not all that enticing on the outside, but contained exactly what we most wanted, in the inside.Take some time today. Work on your inner beauty before the Lord. For the LORD does not see as man sees; for man looks at the outward appearance, but the LORD looks at the heart. (1 Samuel 16:7b, NKJV)Just a thought - when Ahasuerus remembers Vashti, do you think he thought to look for more than just outward beauty this time?

Next: Beauty of Esther