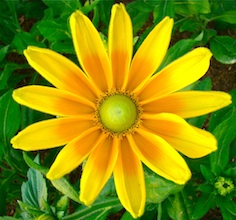 William Tyndale, one of the early English reformers is known for his translation of the Bible into English; his was the first English Bible to draw directly from Hebrew and Greek texts. Though executed in 1535 for heresy, his Bible became the prominent influence over the next 100 years . His version also was a prominent influence on the Geneva Bible which was the Bible brought to the New World on the Mayflower.

Here is an excerpt from the Preface of The First Printed English New Testament, translated by William Tyndale.