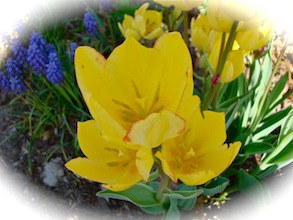 Unbelief! No matter how difficult things seem to get, there is always family, right? For the Christian this is not always the case. It was certainly not true for Jesus, as we read in John 7.

1After these things Jesus walked in Galilee: for he would not walk in Jewry, because the Jews sought to kill him.
2Now the Jew's feast of tabernacles was at hand.
3His brethren therefore said unto him, Depart hence, and go into Judaea, that thy disciples also may see the works that thou doest.
4For there is no man that doeth any thing in secret, and he himself seeketh to be known openly. If thou do these things, shew thyself to the world.
5For neither did his brethren believe in him.
6Then Jesus said unto them, My time is not yet come: but your time is alway ready.
7The world cannot hate you; but me it hateth, because I testify of it, that the works thereof are evil.
(John 7:1-7, King James Version)

No matter how difficult things seem to get, there is always family, right? For the Christian this is often not the case, and for the Lord Jesus Christ this was most certainly not the case. Jesus' human relatives did not believe in Him. We find them, in John 7:3-4, encouraging Jesus to go out into Judea so that people could see His miracles. How else would He become famous?

Of course, being the Son of God, Jesus was not moved by the rejection or unbelief of His own family; He had already known that it would come. Remember, the Jews were pretty disheartened by Jesus. They actually were hoping that maybe He was the Messiah and would set up an earthly kingdom and break the hold of the Romans upon them.

How ironic! He was the Messiah, but not the Messiah they were expecting!

Have you ever wondered why we live in cultures which except every religion except Christianity? What is wrong with Christianity? People do not want to face or even worse, admit, their own sin. They want a god who will assist them when they need him, and then get out of the way when they do not. But, a God to rule them? I think not. This is exactly the point that Jesus was making in John 7:7.

The world cannot hate you; but me it hateth, because I testify of it, that the works thereof are evil.

We expect this reaction from the world, but what if we see the same reaction or unbelief from professing Christians? What if we have been raised in a "Christian home," but suddenly find ourselves rejected by our own family because we would dare to tell them that they are sinners?

What about you? Are you offended to be told that, even though you are a Christian, you are still a sinner? Are you overly concerned that you put up this front of perfection before the eyes of the world, especially in the eyes of your Christian friends?

How deceptive are the works of Satan! We may fool ourselves; we may even fool our Christian friends, but we never fool the Lord. Yes, even Christians are sinners, and will be plagued by their own sin until the day they are taken to be with the Lord forever. That is one of the greatest griefs we face as Christians.

Is there no hope for us? Oh yes, there is hope. Things that are impossible to us are always possible with God. As in our salvation, so also in our walk with the Lord, the answer is in the Lord Jesus Christ. Go to Him, develop a close walk with him, spend time in prayer with Him, and cry out to Him for help with your own sins.

Do not become dismayed by the unbelief that surrounds you, especially in your own families, and do not become discouraged when they discover you are not perfect. Only in Christ can we become more and more like Him. Pray for your relatives; where there is life there is hope, but do not let them discourage you from a faithful walk with the Lord.