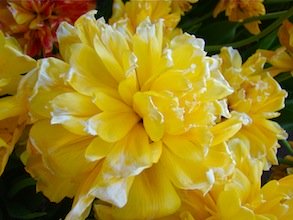 Fear! Why did Jesus go to the feast secretly rather than to attend with His brothers? Was Jesus truly afraid, or was He choosing the time for His arrest and consequent death?

8 Go ye up unto this feast: I go not up yet unto this feast: for my time is not yet full come.
9 When he had said these words unto them, he abode still in Galilee.
10 But when his brethren were gone up, then went he also up unto the feast, not openly, but as it were in secret.
11 Then the Jews sought him at the feast, and said, Where is he?
12 And there was much murmuring among the people concerning him: for some said, He is a good man: others said, Nay; but he deceiveth the people.
13 Howbeit no man spake openly of him for fear of the Jews.
(John 7:8-13, King James Version)

Why did Jesus go to the feast secretly rather than to attend with His brothers? Why were the Jews seeking Jesus? Why were the people afraid of the Jews? To understand this, we must first remember the former conversation that Jesus had with the people, when He openly declared that He was sent from God. As a matter of fact, not only was He sent from God, but He proclaimed Himself to be equal with God.

Jesus found it necessary to go to the feast secretly, not because He was afraid, but because He knew the hearts of the Jews who were seeking to kill Him. It was not the right time for His death (for my time is not yet full come). That time was determined before time began! When it was the proper time, Jesus gave His life (it was never taken from Him!)

It was a dangerous time to go against the Jewish leaders, therefore people were fearful of what may happen to them. To call oneself equal with God was to blaspheme God; but, if that One was equal with God it certainly was not blasphemous.

Notice the reactions of the people in John 7:12.

And there was much murmuring among the people concerning him: for some said, He is a good man: others said, Nay; but he deceiveth the people.

Notice, too, that the people, whether they believed Jesus was good or bad, still only believed that He was a human just like them. For those who might believe otherwise, it was easier to follow the crowd than to put themselves in danger.

Are we ever like that? Are we comfortable just going with the flow. I am a person who hates dissension, and so it is difficult to "make waves". However, in the end, we must always think about who we really want as our enemy, God or man!

As Christians, we will always be at war with the world, but remember Jesus' words, "It is me they hate and not you."

In the end, the real question is, "Of whom are we afraid?" Man can destroy the body, but God can destroy both the body and soul! Let us fear God, and pray for help to live obediently to His commandments.