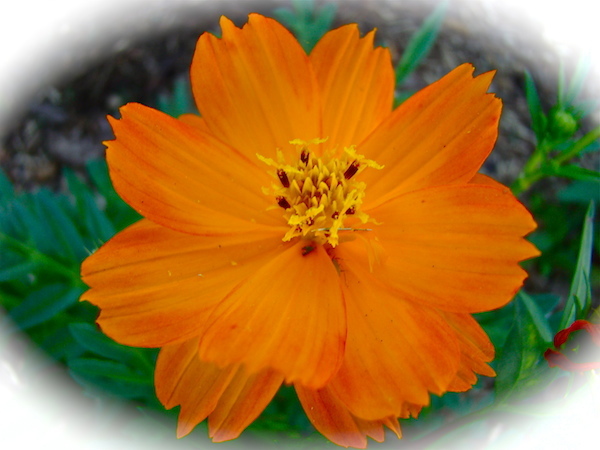 In John 19 we have a rather remarkable aside. In the retelling of this scene at the cross, John tells us that these things happened, that the Scriptures might be fulfilled.

23. Then the soldiers, when they had crucified Jesus, took his garments, and made four parts, to every soldier a part; and also his coat: now the coat was without seam, woven from the top throughout.

24. They said therefore among themselves, Let us not rend it, but cast lots for it, whose it shall be: that the scripture might be fulfilled, which saith, They parted my raiment among them, and for my vesture they did cast lots. These things therefore the soldiers did.

Shakespeare was famous for his soliloquies or "asides." Right in the middle of an action packed scene, one of the players would step aside and speak directly to the audience. It was to be understood that the other characters had no knowledge of what he was telling the audience, even if they were right there on the stage.

In John 19 we have a rather remarkable aside. In the retelling of this scene at the cross, John tells us that these things happened, that the Scriptures might be fulfilled. The Old Testament is filled with prophesies about the Lord Jesus; many of these are in the Psalms.

The Scripture that was fulfilled in this case was from Psalm 22.

17. I may tell all my bones: they look and stare upon me.

18. They part my garments among them, and cast lots upon my vesture.

The Psalm, written by David, has a double meaning. David was actually crying out to God for help, but in the process, little did he know that he was also prophesying about these very events that took place in John 19.

Why did I take the time to mention these things to you? It is important that we realize that we are not just reading a story. Too often, we think of God from our perspective, and actually minimize His greatness. It is important that we not only understand, but internalize the fact that God rules over the universe. The events that happened in the time of Christ were planned from the beginning of the world.

It was no problem for God to speak in the hearts of the writers of the Old Testament, and implant prophecies of Christ that would be fulfilled hundreds and thousands of years later. This is our God; this is the God we serve.