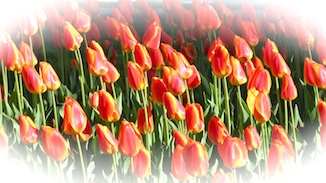 Even from the beginning Jesus was the misunderstood Jew. The Jews were beginning to take note of this man Jesus, as his fame began to spread. Yet, when they dialogued with Jesus, they totally misunderstood his answers to them.

18 Then answered the Jews and said unto him, What sign shewest thou unto us, seeing that thou doest these things?
19 Jesus answered and said unto them, Destroy this temple, and in three days I will raise it up.
20 Then said the Jews, Forty and six years was this temple in building, and wilt thou rear it up in three days?
21 But he spake of the temple of his body.
22 When therefore he was risen from the dead, his disciples remembered that he had said this unto them; and they believed the scripture, and the word which Jesus had said.

As I was reading through this passage this morning, I thought of the great blessing we have in the written Scriptures which are so readily available to us. This is not a difficult passage to understand, but remember, we have the rest of the story.

The Jews were beginning to take note of this "man" Jesus, as his fame began to spread. First, the wedding at Cana and then Jesus' throwing out the merchants while calling the temple His Father's house, certainly gained their attention. Was this man really claiming to be the Messiah?

Coming to Jesus, they demanded a sign to show by what authority He was doing these things. The Jews totally misunderstood Jesus' response.

Jesus answered and said unto them, Destroy this temple, and in three days I will raise it up.

Even the disciples did not completely understand what Jesus was saying until after His resurrection. Jesus was not speaking of the temple in Jerusalem, but rather the temple of His own body.

Notice, too, the words of Christ at the end of that verse. "And in three days I will raise it up."

Christ raised His own body from the dead--an impossible feat for a man, but not for Jesus the God man. We must always remember that yes, Jesus came as a man, but in the process, He never left his Godhead.

Is Jesus misunderstood in our day? How do most people view Jesus?

To many He was just a great man or a prophet. To others, He was a great religious leader. To others, a rebel.

In spite of the fact that we have the entire written Word of God, Jesus is just as misunderstood in our day as He was when He walked on this earth. Only Christ can give to us the heart of belief so that we understand that Jesus was not just a man. No, He is the Son of God, the Messiah of the Jews. Just as He raised His own body from the dead, so will He raise the bodies of His own children at the end of time.

How do you view Jesus, the misunderstood Jew?