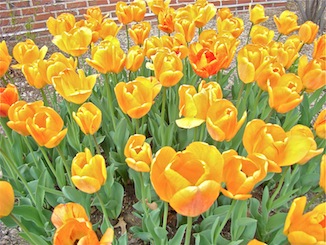 John Chapter 2 concludes with the provocative words, "He knew what was in man." How many millions of dollars are spent on the study of man, and yet how much closer have we come to really understanding what Jesus knew about man? Jesus understood what was in the heart of man, and what a difference that made!

23Now when he was in Jerusalem at the passover, in the feast day, many believed in his name, when they saw the miracles which he did.
24But Jesus did not commit himself unto them, because he knew all men,
25And needed not that any should testify of man: for he knew what was in man.
(John 2:23-25, King James Version)

He Knew All Men

I find these three verses from John Chapter 2, to be some of the most provocative verses in the Bible. Jesus has just had a discourse with Jews who could not accept that He was truly the Messiah, the Son of God. Verse 23 tell us that many did believe in the name of Jesus when they saw the miracles which He did.

Why then, does verse 24 tell us: But Jesus did not commit himself unto them, because he knew all men, And needed not that any should testify of man: for he knew what was in man.

Why would Jesus not commit Himself to those who believed upon Him? Two things are key here. First, many believed on Him when they saw the miracles he did. Second, Jesus knows the heart of man.

What is meant when the Bible says, "Many believed in his name."? What did they really believe, or maybe I should say, how deep was that belief? Were they just assenting to the fact that He was the Son of God? That is certainly more than what some of the Jews did, but the Bible tells us that the devils believe also and tremble. That certainly does not make them Christians.

It always comes back to the same thing. Christianity is not just a belief system, but it is a heart decision. When our hearts are changed, our lives are changed as well.

The other important thing to consider from the above verses is that Jesus did not need the assent of man. He knew the fickle nature of man; some of these same people would reject Him later, and be in the crowd calling for His crucifixion!

These are good things for us to ponder. How deep is our faith in Christ? Is it just an assent of who Christ is, or has our belief been a life-changing event making Jesus Lord of our lives, as well as our Savior.

Even today we must realize that the phrase, He knew all men, includes us!