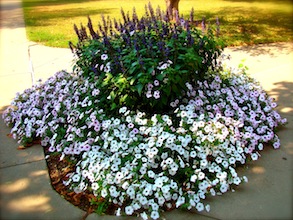 Jesus in Temple covers the next five verses of John 2. Because our houses of worship are so unlike the temple, and because we do not sacrifice oxen, sheep, and doves for the forgiveness of our sins, this passage is a little difficult for us to understand. The Jewish leaders could certainly argue that they had every right to offer animals for sacrifice. After all, people often had to travel a long distance to come to the temple and sacrifice to God; must they also bring their sacrificial animals with them on the journey?

12 After this He went down to Capernaum, He, His mother, His brothers, and His disciples; and they did not stay there many days.

13 Now the Passover of the Jews was at hand, and Jesus went up to Jerusalem. 14 And He found in the temple those who sold oxen and sheep and doves, and the moneychangers doing business. 15 When He had made a whip of cords, He drove them all out of the temple, with the sheep and the oxen, and poured out the changers’ money and overturned the tables. 16 And He said to those who sold doves, “Take these things away! Do not make My Father’s house a house of merchandise!” 17 Then His disciples remembered that it was written, “Zeal for Your house has eaten Me up.
John 2:13-17, NKJV

Jesus in Temple covers the next five verses of John 2. Because our houses of worship are so unlike the temple, and because we do not sacrifice oxen, sheep, and doves for the forgiveness of our sins, this passage is a little difficult for us to understand. The Jewish leaders could certainly argue that they had every right to offer animals for sacrifice. After all, people often had to travel a long distance to come to the temple and sacrifice to God; must they also bring their sacrificial animals with them on the journey? Was it not easier for them to travel unencumbered, and then purchase the animals they needed once they reached Jerusalem?

Why, then, was The Lord Jesus Christ so angry when He physically threw out the merchants from the temple courtyard?

Christ knew the evil in the hearts of the religious leaders. He knew that this had become a profitable moneymaking venture for the priests, who had abused this system for their own financial gain. Often the people coming to sacrifice to the Lord would bring their own animals, but the priests would claim their animals to be blemished, thus forcing them to buy animals that were “worthy to be sacrificed” from the priests, at an elevated price, of course.

We must be very careful that we, in our houses of worship, do not depart from the commandments of God. We must be especially careful that our churches are reserved for worship of God and not used as places of merchandise.

Of all the places Christ could begin His ministry, why did He choose the temple? We must remember that Christ came to discharge the office assigned to Him by the Father. When Jesus cleared the Temple He was not only cleansing the temple, He was actually taking possession of the Temple, showing that He had divine authority.

John Calvin, on his Commentary on John stated, “Now, the temple was a sanctuary of heavenly doctrine and of true religion. Since He wished to restore purity of doctrine, it was of great importance that He should prove Himself to be the Lord of the temple.” Calvin then continued, “Besides, there was no other way in which He could bring back sacrifices and the other exercises of religion to their spiritual design than by removing the abuse of them. “

What did the Jews expect the Christ to do when He returned? The Jews had so corrupted the worship of God, that they should not have been surprised by the reaction of Jesus to their moneymaking schemes carried on in the temple courtyard.


Jesus in Temple
Our Houses of Worship

This certainly was not the usual disposition or manner in which Jesus approached people. Neither was He a physical weakling, as we often seem to presuppose. When engaged in His Father’s business, He had no difficulty overturning tables and physically throwing out the crooked merchants.

How do we approach God in our houses of worship? Do we truly go to worship the Lord, or do we spend the time while there just as the Jews spent it? Do we secretly bring into the house of the Lord our concerns about money, our houses, or our other belongings? While the pastor is preaching are we so busily thinking of our own financial circumstances or desires that we scarcely hear a word that is being preached?

Though our churches are not patterned after the Jewish temple, they are still places where the Word of God is read, and where Christ is especially present. Those who come to their house of worship so entangled with their worldly affairs surely bring great dishonor to the name of God.

Solomon warned, in Ecclesiastes 5:1, Walk prudently when you go to the house of God; and draw near to hear rather than to give the sacrifice of fools, for they do not know that they do evil.”

In closing, J. C. Ryle made an interesting comment on this passage from John 2.

”To attend a marriage feast, and cleanse the temple from profanation were among the first acts of our Lord’s ministry at His first coming. To purify the whole visible Church, and hold a marriage supper, will be amongst His first acts, when He comes again.

Before we leave this devotion, "Jesus in Temple," let us remember that Christ, the Lamb of God, came to bring Christ to all nations. While doing so, He worked diligently to correct the errors of the religious Jews of His day. Because we are people of sin, we must be very careful to think about these occasions, knowing that we, as religious people of our day, have the same propensity to make the same mistakes.