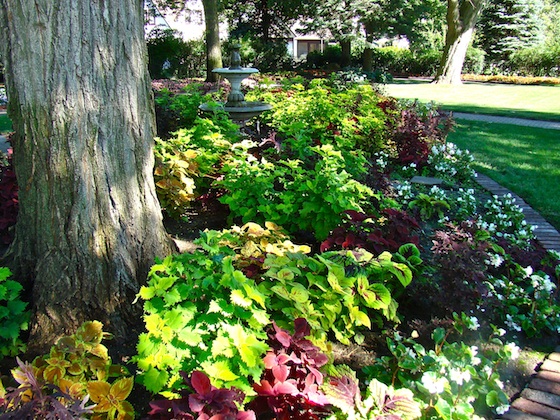 Jesus wept. Could not this man who could heal the sick have prevented the death of Lazarus? That was the question being asked by many of the people, including Mary and Martha, the sisters of Lazarus. Little did they realize that Jesus had a far greater purpose that just saving the life of their brother. Through this great miracle, He showed them that He was not just a mere man, but was truly God!

33 When Jesus therefore saw her weeping, and the Jews also weeping which came with her, he groaned in the spirit, and was troubled.
34 And said, Where have ye laid him? They said unto him, Lord, come and see.
35 Jesus wept.
36 Then said the Jews, Behold how he loved him!
37 And some of them said, Could not this man, which opened the eyes of the blind, have caused that even this man should not have died?
(John 11:33-37, King James Version)

Why did Jesus weep? I have heard a lot of varying explanations for this, most agreeing that he was overcome with grief over the death of Lazarus. While that may very well be the answer, somehow I think there was another reason. The clue, to me, is in John 11, verse 40.

Jesus saith unto her, Said I not unto thee, that, if thou wouldest believe, thou shouldest see the glory of God?

He understood the thoughts of the people, such as those expressed in verse 37.

And some of them said, Could not this man, which opened the eyes of the blind, have caused that even this man should not have died?

I think Jesus wept because He was grieved by the unbelief of the people, especially Mary and Martha. Remember, what Jesus said in John 11:4 when he first heard that Lazarus was sick.

When Jesus heard that, he said, This sickness is not unto death, but for the glory of God, that the Son of God might be glorified thereby.

Jesus continued to use the natural events in the lives of His friends to show forth the glory of God, and to show them that He was the Son of God. Though their lack of faith grieved them, He continued to strengthen them for the time when He would no longer be there.

Whether I am right or not, we still are left with the same question. How strong is our faith? Do we grieve the Lord Jesus Christ because of our lack of faith. Or, maybe the better question would be, how consistent is our faith?

We are creatures of this earth, continually led away from Christ by the things of this world. So, no matter how hard we try, we will find our faith ebb and flow. What, then, can we do?

The answer is always the same, is it not? Nothing. We can do nothing, but God can.

Let us take some time with the Lord Jesus Christ today and ask that He would strengthen our faith so that we will be ready to face whatever challenges come our way. What an amazing Lord we have! He cares so much for us that He is grieved by our lack of faith.

Jesus wept! How amazing is that!

Next: Resurrection of Lazarus - Verses 39-44