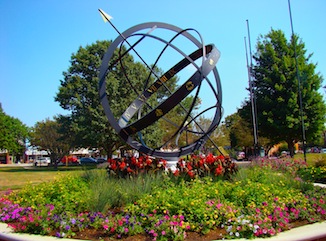 As we continue our study of John 1 we see the beginning of Jesus Disciples being called. John the Baptist, seeing Jesus again said, Behold the Lamb of God. Two disciples heard him speak and followed Jesus.

35 Again, the next day, John stood with two of his disciples. 36 And looking at Jesus as He walked, he said, “Behold the Lamb of God!”

37 The two disciples heard him speak, and they followed Jesus. 38 Then Jesus turned, and seeing them following, said to them, “What do you seek?”

They said to Him, “Rabbi” (which is to say, when translated, Teacher), “where are You staying?”

39 He said to them, “Come and see.” They came and saw where He was staying, and remained with Him that day (now it was about the tenth hour).

40 One of the two who heard John speak, and followed Him, was Andrew, Simon Peter’s brother. 41 He first found his own brother Simon, and said to him, “We have found the Messiah” (which is translated, the Christ). 42 And he brought him to Jesus. Now when Jesus looked at him, He said, “You are Simon the son of Jonah. You shall be called Cephas” (which is translated, A Stone).
John 1:35-42, NKJV

Jesus Disciples
Beginning of the Church

Jesus came to this earth with one purpose in mind. For thirty years he remained in His father’s house submitting Himself to the rule of His earthly parents, but when the time came for Him to fulfill that purpose, He appeared to John the Baptist, His forerunner, and was baptized. We see the beginnings of the 12 disciples of Christ when, the very next day Jesus disciples came to Him, after hearing John the Baptist’s words, “Behold the Lamb of God.”

Before leaving John the Baptist for a time and focusing on Jesus, it is good to note that John the Baptist, too, had a purpose for coming to this earth. He understood that purpose and fulfilled it just as the prophecies foretold. Never, did John the Baptist turn the focus on himself, for his purpose was to introduce Jesus, the Messiah, to the world.

J. C. Ryle in his book, Expository Thoughts on the Gospels, made this comment.

Those who have done the most for the cause of Christ have been more like John the Baptist. J. C. Ryle continues,

I fear that many a prominent evangelist, pastor, or teacher has been mesmerized by the praise of men when their charismatic personality draws people to themselves rather than to Christ. Arrogance and pride have no place in the ministry of Christ for our job is to point people to Christ and not to us.

No one had more reason to be proud that the Lord Jesus Christ Himself, and yet, even He did not point people to Himself, but rather pointed them to God, the Father. Far be it from anyone to be proud or arrogant about the great job he or she is doing in the kingdom of Christ. All of the glory and all of the praise goes to Christ, alone! One of the two disciples who followed Jesus that day was Andrew. The Bible tells us, regarding Andrew:

How many of us are reticent to speak of Christ to our friends and neighbors. I am sure our excuses to God sound much like Moses. When God called Moses to go back to Egypt and speak to the people, do you remember what he said to God?

Did Andrew stop and consider before speaking to his brother about the Lord? No! He was so excited that he went directly to him. All of us, as believers, are called by the Lord to share Christ. It does not take eloquent words, but just sincerity of the heart. One never knows what God will do with that one person we were willing to speak with about the Lord.

Andrew’s brother, Simon Peter, was used mightily by God in the early church, and even penned three of the books of the New Testament. It is the duty of all believers, not just pastors and missionaries, to share the Gospel of Christ with all of our friends, neighbors, and acquaintances. Who knows how God will use those who come to Christ through our words just like Peter the disciple.

We will end our study on this portion of John 1 with the following exhortation by J. C. Ryle.