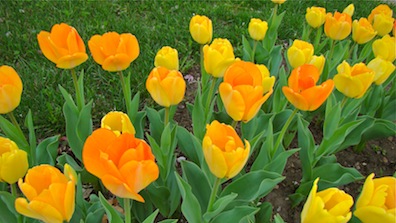 We have found Him, Jesus of Nazareth, the son of Joseph. With these astounding words, Philip called Nathanael, after responding to the simple words of Christ, “Follow Me.” One must not lose the significance of the calling of Christ Jesus.

43 The following day Jesus wanted to go to Galilee, and He found Philip and said to him, “Follow Me.” 44 Now Philip was from Bethsaida, the city of Andrew and Peter. 45 Philip found Nathanael and said to him, “We have found Him of whom Moses in the law, and also the prophets, wrote—Jesus of Nazareth, the son of Joseph.”

46 And Nathanael said to him, “Can anything good come out of Nazareth?”

Philip said to him, “Come and see.”

47 Jesus saw Nathanael coming toward Him, and said of him, “Behold, an Israelite indeed, in whom is no deceit!”

Jesus answered and said to him, “Before Philip called you, when you were under the fig tree, I saw you.”

49 Nathanael answered and said to Him, “Rabbi, You are the Son of God! You are the King of Israel!

50 Jesus answered and said to him, “Because I said to you, ‘I saw you under the fig tree,’ do you believe? You will see greater things than these.” 51 And He said to him, “Most assuredly, I say to you, hereafter you shall see heaven open, and the angels of God ascending and descending upon the Son of Man.”
John 1:43-51, NKJV

Jesus, continuing with His Father’s business, found Philip the next day and said, “Follow me”—two simple words and yet look at the response of Philip. Philip found Nathanael and said, We have found Him, of whom Moses in the law, and also the prophets, wrote—Jesus of Nazareth, the son of Joseph. With these astounding words, Philip called Nathanael, after responding to the simple words of Christ, “Follow Me.” One must not lose the significance of the calling of Christ Jesus.

We already know the power of God’s Word, do we not? For He spoke the words, “Let there be light” and there was light. (Genesis 1:3, NKJV) God said, “Let there be a firmament in the midst of the waters, and let it divide the waters from the waters. Thus God made the firmament.” (Genesis 1:6-7, NKJV)

No wonder it only took two words, “follow me,” to receive such a quick response from Philip. But, how did Philip understand who Jesus was from these two words? Jesus, when He spoke to Philip, opened Philip’s heart and mind, so that Philip understood not only the command, but also that Jesus of Nazareth was the Messiah.

How does this understanding of the power of Jesus’ Words apply to us today? We understand from this passage that to those called by God, the Word of God is powerful; the Holy Spirit opens their hearts and minds to understand the truths taught in His Word. However, to those who are not believers, the Word of God is just so many words on a page. They simply do not understand what they are reading.

This also helps us to understand how so many people heard the teachings of Jesus, but turned away from Him, even joining the crowds that chanted, “Crucify Him, crucify Him!”


Jesus of Nazareth
Son of Joseph

As Philip quickly found Nathanael, did you catch the two errors in Philip’s words? Was Jesus really from Nazareth, and was Joseph really His father? Jesus was actually born in Bethlehem, was He not, and the Holy Spirit, and not Joseph, was His father. However, these are things that Philip did not yet know, but would come to understand in time. It is enough that he did understand that Jesus was, indeed, the Messiah, their coming Savior.

We must be very careful when teaching God’s Word, in what we say, however, we must not be afraid to share Christ with others for fear we will say something wrong. Jesus never reproved Philip for his errors, for they were not errors that he purposely committed, but rather showed a lack of understanding, which would be corrected as He came to know Jesus of Nazareth better. His words certainly had an affect on Nathanael, for though Nathanael questioned anything good coming from Nazareth, he went with Philip to find Jesus.

As Nathanael approached Jesus, note how Jesus called Nathanael. “Behold, an Israelite indeed, in whom is no deceit!”

How did Jesus of Nazareth know Nathanael? That is exactly what Nathanael asked, ”How do you know me?”

Jesus answered, ”Before Philip called you, when you were under the fig tree, I saw you.”

Again, more was implied by these words than just Jesus seeing Nathanael under the fig tree. Nathanael knew that Jesus did not only recognize him, but He knew him. Look at Nathanael’s response, ”Rabbi, You are the Son of God! You are the King of Israel!”

What an amazing response. In the years following this thousands of people would listen to Jesus and see the miracles He would perform, and yet did not come to a saving knowledge of Christ. Yet here, after a very short conversation between Jesus and him, Nathanael understood that Jesus was the Son of God—the King of Israel.

Does Jesus know us? Yes! We only look on a person’s outward appearance, but Jesus sees us even to the very depths of our souls—even knowing our deepest and darkest secrets. Even when we are not thinking about the Lord Jesus Christ, He is observing us!


Jesus of Nazareth
Angels of Heaven

Jesus continued with His conversation with Nathanael saying,

How are we to understand these words of Jesus? Jesus is telling us that the angels are ministering angels for those who are a part of God’s church, i.e. all believers in the Lord Jesus Christ. Just as Jacob saw a ladder reaching to heaven on which angels were ascending and descending, so do angels, though we cannot see them, travel between heaven and earth, working on our behalf as well.

John Calvin, in his Commentary on the Bible, makes this comment about verse 51 of John 1,

How rich we are in the Lord Jesus Christ. As we continue our study of the Gospel of John, may our hearts be lifted up into the very heavens as we learn more about this precious Savior, and how He continually works on our behalves. Let us not be so bound to the things of this earth that we cannot see the glories of Christ in heaven! Heaven, after all, is our real home!