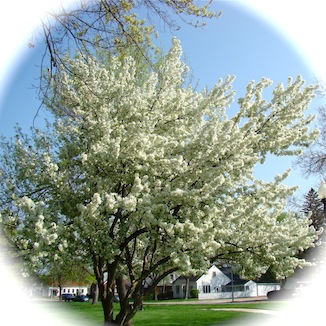 As in most books, the book of John begins in the beginning with an introduction of the most important Person in the book, and what an extraordinary person He is! With a message that has astounded the world since He first made His appearance, we come to discover that the Word (the Lord Jesus Christ), was not only with God, but was God. As God, He is the One who holds the key to life itself. Man, who was cast into eternal darkness through the sin of Adam and Eve, now has a means to come into the Light through the Lord Jesus Christ.

At first glance, John 1 seems to be speaking in riddles. Who is this Word in the beginning that was not only with God, but He was God? The key to discovering the answer is found in verses 14 and 15, And the Word became flesh and dwelt among us . . . John bore witness of Him and cried out, saying, “This was He of whom I said, ‘He who comes after me is preferred before me, for He was before me.’”

We begin to see that this Word is none other than the Lord Jesus Christ. Many names are given for the Lord, but what, then, is the significance of Him being called, the Word?

What do our words do? Our words explain what is on our minds to others. What was Jesus’ purpose in coming to this earth? Jesus came to this earth to reveal the mind of God, the Father, to the world. It is important that we note this, as we have learned much of what we know about God, the Father, through the ministry of Jesus, who is God, the Son.

What else are we told about Jesus in the first five verses of John? Not only was Jesus with God, but Jesus is God, existing with God in the beginning. As the Son of God, He created this world; as a matter of fact, we are told that nothing exists that was not made by Him. How can that be?

We are already beginning to discover, in just a scant three verses that Jesus was no ordinary man. Indeed, we can barely even comprehend what is being explained to us. As we stop and think about this same Jesus being the Creator—our Creator—we must ask ourselves, as our Creator, is there anything about ourselves that Jesus does not understand? Of course not, as our Creator He knows more about us than we can possibly know?

Is there anyone more qualified, then, to help us understand who we are and who God is? No! He, because He came to this earth as a human, yet is still God, is in the unique position to know us intimately. Not only does He know us intimately, but He, alone, has the answers to any questions we could pose.

What else is explained to us in John 1, verses 1 through 5?

Already, in the opening verses of the Gospel of John, we come to see the contrasting worlds of light and darkness. Life was a part of the Light. The opposite then, must be true: death is a part of darkness. When Jesus shines His light into the darkness, those in the darkness do not understand Him.

Therein lies our true dilemma! When sin entered the world through Adam and Eve, the world was cast into darkness. We, then, as creatures of this world are creatures of darkness; as such, we do not understand Christ, the Light of life. What are we to do? Where can we go for help?

Now we have a better understanding of who Christ is and what His purpose was in coming to this earth. He who existed in the beginning would not only reveal God the Father to us, but He would also open the sin-darkened eyes of His children so that they could see and recognize Him. Those whose eyes are not opened cannot comprehend the Light of the world.

There is the answer to our dilemma! Go to Christ. He not only is the Way, the Truth, and the Life, He is the only One who can give that life to us. There is nothing that we can do, by ourselves, to come to Christ. Salvation is entirely the work of the Lord Jesus Christ. As we cast ourselves down at His feet and cry, “Help me, Lord. I cannot save myself,” He will reach down and lift us to our feet and open our eyes—and now, we can see!

Could it really be that simple? Yes!