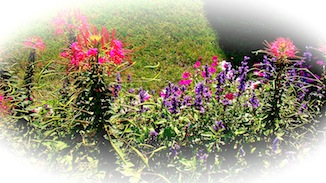 Continuing in John 1, John introduces Jesus Light of the World. John himself is not that Light, as the writer quickly tells us, but has come to be a witness of that Light, who would give all who came to Him the right to become children of God.

10 He was in the world, and the world was made through Him, and the world did not know Him. 11 He came to His own, and His own did not receive Him. 12 But as many as received Him, to them He gave the right to become children of God, to those who believe in His name: 13 who were born, not of blood, nor of the will of the flesh, nor of the will of man, but of God.
John 1:6-13, NKJV

As we continue on to verse 6 of John, chapter 1, we are introduced to a man named John. Though not much is told to us about John at this point, we are quickly told that he was sent by God to bear witness of the Light. Why was Jesus known as Jesus Light of the World? What special significance does that name have to us?

If you will remember, in verse 5 of John 1, we were introduced to man’s dilemma. Since sin came into the world, man was plunged by that sin into darkness. Jesus, the Light of men had arrived, but those who walk in darkness cannot comprehend the Light.

Jesus Light of the World was more than just the Light; He was the true Light which gives light to every man coming into the world. Though men who live in darkness cannot comprehend the light unless Christ gives them light, yet all men have been given a sense of the Light of Christ which is manifested in man’s conscience. Though they may not receive Christ as their Savior, the law of God has been written on their hearts. By this, though they may not admit it, they do know that their deeds are evil.

John, the writer of the Gospel of John then summarizes the state of man in verses 10 through 13, showing that their only hope is in Christ.

Jesus Light of the World was in the world, the same world which He created, but the world did not know Him. He came to His own people, but His own people rejected Him. Here we see the profound wickedness of men. The Jews, whom God had separated from all other people to be His adopted children, rejected the One sent to redeem them.

Sin blinds the heart of man so that, unless God intercedes, man is incapable of knowing the truth. When Christ came into the world, the world could not see beyond His humanity. To them, He was just another person.

Sadly, as we will learn later in our study of the book of John, the Jewish leaders had a preconceived idea of what their Messiah would be like. He would march into Jerusalem on a white horse, ready to do battle with the Romans, as their conquering king. In no way were they prepared for the real Messiah, who came as a sheep ready for the slaughter—ready to lay down His life for His people.

The simple truths taught in these few verses have largely escaped the people of this world, for the people of this world still walk in darkness and are not able to comprehend the Light. Yet, the Lord Jesus Light of the World, who sits at the right hand of God the Father is still opening the eyes of the blind and showing them the Light of truth. Except one’s eyes are opened by God, he cannot comprehend the Light.

Think of that. Salvation through Christ is freely given. He opens the eyes of the blind so that though once they were lost, now they are found. They were blind, but now they see. Not only do they see, but they have been adopted by God Himself. It is simply more than we can comprehend, is it not?

Go, then, to Jesus Light of the Word. In Him, alone, is salvation; through His shed blood He has purchased a people for Himself. As children of God, everything has changed. Once we were people bound to this earth, but now this world is no longer our home, for we have an eternal home with the Lord Jesus Christ.

Hallelujah, what a Savior!