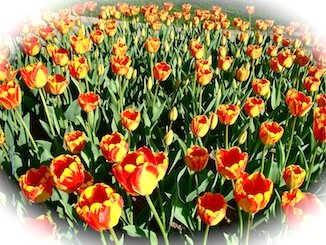 I Know God! As shown in the verses above from John 7, there was much confusion about Jesus. As He spoke, some questioned whether or not this was the man whom the Jewish leaders were trying to kill.

25 Then said some of them of Jerusalem, Is not this he, whom they seek to kill?
26 But, lo, he speaketh boldly, and they say nothing unto him. Do the rulers know indeed that this is the very Christ?
27 Howbeit we know this man whence he is: but when Christ cometh, no man knoweth whence he is.
28 Then cried Jesus in the temple as he taught, saying, Ye both know me, and ye know whence I am: and I am not come of myself, but he that sent me is true, whom ye know not.
29 But I know him: for I am from him, and he hath sent me.
30 Then they sought to take him: but no man laid hands on him, because his hour was not yet come.
(John 7:25-30, King James Version)

As shown in the verses above from John 7, there was much confusion about Jesus. As He spoke, some questioned whether or not this was the man whom the Jewish leaders were trying to kill. Others said He could not be the Christ because they knew Jesus and they knew where He was from.

Jesus' reply was that you do know me, and you do know where I am from, but I came because I was sent here, and I know God; I know the One who sent me, because I am from Him.

Do you know Him? That really is the issue, is it not? Perhaps we have the advantage by having the Scriptures laid out before us; we can see that Jesus did, indeed, fulfill the Scriptures prophesying His coming. However, believing that Jesus is the Son of God is not enough!

Jesus was not the kind of Messiah that these Jewish people were seeking, and they certainly did not believe that He was truly the Son of God. Believing Him to be declaring Himself equal with God, which He was and is, they sought to kill Him.

Who is Jesus to you? I encourage you to spend some time with Jesus today. Pray to Him, and just meditate on who Jesus really is. Think about the many ways He has worked in your life as a Christian. Oh, that we would be singularly minded as was Jesus, that our chief goal would be to be about our Father's business.

I know God! It will take a lifetime, but, yes, as Christians we will and do know Him.