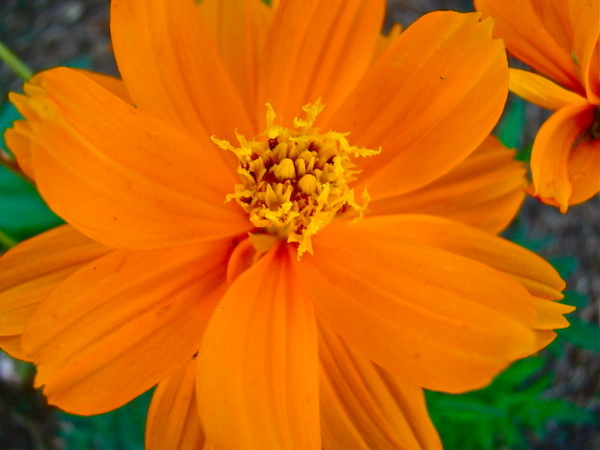 Wounded, bleeding, with so little strength remaining, Jesus gave up the Ghost, or as the New King James Version states, He gave up His Spirit.

28. After this, Jesus knowing that all things were now accomplished, that the scripture might be fulfilled, saith, I thirst.

29. Now there was set a vessel full of vinegar: and they filled a spunge with vinegar, and put it upon hyssop, and put it to his mouth.

30. When Jesus therefore had received the vinegar, he said, It is finished: and he bowed his head, and gave up the ghost.

Wounded, bleeding, with so little strength remaining, Jesus gave up His life, or as the New King James Version states, He gave up His Spirit. Once Jesus knew that He had accomplished all things, there was no reason to let His Spirit remain.

30 So when Jesus had received the sour wine, He said, “It is finished!” And bowing His head, He gave up His spirit.

It is important that we understand that there was never a moment when Jesus was not in control. He came to this earth for one reason, and when that reason was accomplished He gave up His life--it was never taken from Him.

Why is that important to understand? Jesus was not just a man; Jesus is the Holy Son of God, who came to this earth to redeem a people for himself. Once that was accomplished He was done.

Does that mean He no longer cares for us or takes care of us? No, of course it does not mean that! Jesus sent His Holy Spirit to live within our hearts to guide us in the way we should go. In addition, Jesus sits at the right hand of God, the Father, making intercession for us.

We could never even begin to imagine the depth of love that our Lord and Savior, Jesus Christ, has for His people! Sinless though He was, He took on the sins of sinners, and gave up His life.

Amazing love, how can it be,
that Thou, my God, did'st die for me!