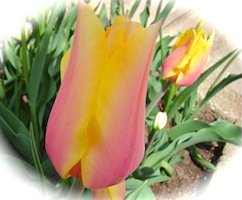 How much faith is required to be a true Christian? Oh the faith of faith. In this chapter is recorded Jesus' second miracle in Galilee. In the beginning we learn that the nobleman believes that Jesus must come to his house to heal his son. Jesus could have done that; as a matter of fact often He did. Why not this time?

43 Now after two days he departed thence, and went into Galilee. 44 For Jesus himself testified, that a prophet hath no honour in his own country. 45 Then when he was come into Galilee, the Galilaeans received him, having seen all the things that he did at Jerusalem at the feast: for they also went unto the feast. 46 So Jesus came again into Cana of Galilee, where he made the water wine. And there was a certain nobleman, whose son was sick at Capernaum. 47 When he heard that Jesus was come out of Judaea into Galilee, he went unto him, and besought him that he would come down, and heal his son: for he was at the point of death. 48 Then said Jesus unto him, Except ye see signs and wonders, ye will not believe. 49 The nobleman saith unto him, Sir, come down ere my child die. 50 Jesus saith unto him, Go thy way; thy son liveth. And the man believed the word that Jesus had spoken unto him, and he went his way.51 And as he was now going down, his servants met him, and told him, saying, Thy son liveth. 52 Then enquired he of them the hour when he began to amend. And they said unto him, Yesterday at the seventh hour the fever left him. 53 So the father knew that it was at the same hour, in the which Jesus said unto him, Thy son liveth: and himself believed, and his whole house. 54 This is again the second miracle that Jesus did, when he was come out of Judaea into Galilee.
(John 4:43-54, King James Version)

The record of Jesus' second miracle in Galilee is recorded in the verses shown above from John 4. The main character in this account, besides the Lord Jesus, is a certain nobleman. Notice as the account progresses, the nobleman's faith progresses as well.

How much faith is required to be a true Christian? Oh, the faith of faith! In the beginning, we learn that the nobleman believes that Jesus must come to his house to heal his son. Jesus could have done that; as a matter of fact, He often he did. Why not this time? I am sure their were many others who lived near the nobleman who would have benefited from Jesus' presence.

Jesus recognized the nobleman's heart, and knew that his faith was lacking. The nobleman believed that Jesus must be present to perform a miracle. In other words, He did not believe that He was really the Son of God. He did not have the faith of faith! When Jesus said, Except ye see signs and wonders, ye will not believe, He was not just referring to the nobleman, but to all whose faith rests in the miracles instead of Jesus Christ.

The nobleman's heart was changed when Jesus told him to go on home because his son was healed. Of course, he still verified that it was Jesus, when he asked his servants the exact time his son's condition change, and observed that it was the same time that Jesus said, Thy son liveth.

Where does your faith lie? Do you have the faith of faith? What kind of "Jesus" do you serve? It is an interesting question, is it not? Do you think that everyone who calls himself a Christian is a Christian? Do you think that everyone who believes in Jesus Christ is a Christian? The difference is in the heart. In your heart of hearts have you accepted the Lord Jesus Christ as you Savior and Lord? He is your Savior because He is the only one who could make the payment for your sins. He is your Lord because your heart has changed and you have a desire to love and serve Him all the days of your life.

Can you accept Jesus as your Savior, but not your Lord? I think that is what the nobleman did at first, but Jesus did not view him as a Christian at that time. But, when he truly believed in the Lord, his heart had made a change, and now Jesus Christ was his Lord and Master as well.

You cannot have one without the other. To accept Christ as the Son of God is one thing, but the true Christian so loves Christ from his heart, that the Lord Jesus Christ immediately becomes his Lord and Master as well. Remember, the devils know that Jesus is the Son of God, but that does not make them believers!

Do you have the faith of faith? In other words, where is your heart? Do you try to believe in the Lord Jesus Christ and yet keep your feet firmly planted in the things of the world? Many do, and still consider themselves to be a Christian. It is a slippery slope! You must love the Lord God with all of your heart, with all of your soul, and with all of your voice.

What an amazing God we have, that he even saves us!