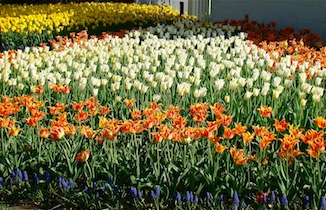 Who is Jesus? Jesus is the Lord of Glory, the Son of God, the Son of Man, and the Messiah. Jesus came to do more than just the miracles the Jews witnessed.

30 I can of mine own self do nothing: as I hear, I judge: and my judgment is just; because I seek not mine own will, but the will of the Father which hath sent me.
31 If I bear witness of myself, my witness is not true.
32 There is another that beareth witness of me; and I know that the witness which he witnesseth of me is true.
33 Ye sent unto John, and he bare witness unto the truth.
34 But I receive not testimony from man: but these things I say, that ye might be saved.
35 He was a burning and a shining light: and ye were willing for a season to rejoice in his light.
36 But I have greater witness than that of John: for the works which the Father hath given me to finish, the same works that I do, bear witness of me, that the Father hath sent me.

In John 5:30-36, Jesus continues to address the unbelieving Jews who were asking, "Who is Jesus?" He has just made some rather amazing statements, condemning the Jews for their unbelief, particularly their unbelief in Him as the Son of God.

Note the beginning of verse 30: I can of mine own self do nothing.

Jesus is expressing the fact that He is doing nothing by himself; even the just judgments He makes are done to please the will of the Father who sent Him. Now He goes a step farther by pointing out others who bore witness of Him.

These are things the Jews should have understood; they were diligent in studying the Scriptures, and the Scriptures all pointed to Him as being the Messiah. First, John the Baptist, who was a burning light, was a witness for Christ Jesus, and second the miraculous works that the Lord Jesus did were a witness that He was sent by the Father.

The voice of him that crieth in the wilderness, Prepare ye the way of the LORD, make straight in the desert a highway for our God. Isaiah 40:3

The Jews were expecting a forerunner to the Messiah; it was not an obscure Bible passage, but one that was very familiar to them. Who was John the Baptist? He was the voice of one crying in the wilderness. (Matthew 3:3, Mark 1:3, Luke 3:4, John 1:23, NKJV)

If the Jews did not receive the testimony of John the Baptist, then they should have recognized the miraculous works that Jesus did as foretold in Isaiah 35:5-6, NKJV.

5 Then the eyes of the blind shall be opened,
And the ears of the deaf shall be unstopped.
6 Then the lame shall leap like a deer,
And the tongue of the dumb sing.
For waters shall burst forth in the wilderness,
And streams in the desert.

Who is Jesus? Jesus is the Lord of Glory, the Son of God, the Son of Man, and the Messiah. Jesus came to do more than just the miracles the Jews witnessed, the greatest work He did was His death on the cross to save a people for Himself.

Are you one of those people?

How shall we escape if we neglect so great a salvation? (Hebrews 2:3, NKJV)