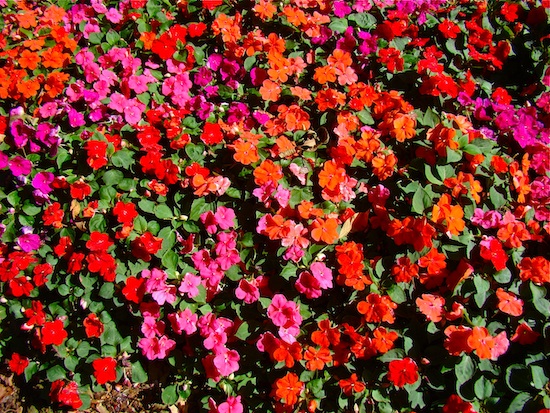 Who is Blind? John 9 explores the question of whether one is blind who cannot physically, or is one more blind if he cannot see spiritually.

8 The neighbours therefore, and they which before had seen him that he was blind, said, Is not this he that sat and begged?
9 Some said, This is he: others said, He is like him: but he said, I am he.
10 Therefore said they unto him, How were thine eyes opened?
11 He answered and said, A man that is called Jesus made clay, and anointed mine eyes, and said unto me, Go to the pool of Siloam, and wash: and I went and washed, and I received sight.
12 Then said they unto him, Where is he? He said, I know not.
(John 9:8-12, King James Version)

The man, who had been blind from birth could now see! This was no small miracle! As a matter of fact, some of his neighbors and friends did not even recognize him; their minds could not comprehend the possibility of him being healed. Of course, when they discovered it was him, they were eager to know what had happened.

Have you ever had the experience of not recognizing someone or something because the change was so unexpected that your mind could not immediately grasp the change? What about a change in a person you have known for a long time? Perhaps this is someone who has been very wicked or very vocal against Christians, but now they have come to Christ. Yet, you are not able to see beyond their former nature to accept the fact that they have changed.

As we continue to read through this Bible passage, I have to ask the question, "Who is blind?" The blind man confessed that it is Jesus who has healed him. But, instead of rejoicing with him, we will find that they took him to the authorities, because this healing took place on the Sabbath.
It would seem that some of these people were more blind than the blind man had been!

Let us pray, today, that God would help us to see with the eyes of faith. Are we just here, stuck in our circumstances, believing in Christ, and yet not really believing that He can set us free from this world of sin and death? Let us open our eyes and see the wonders of the Lord, and live today as victorious men and women of God.

Who is blind? Let it not be us!