Testimony of John the Baptist 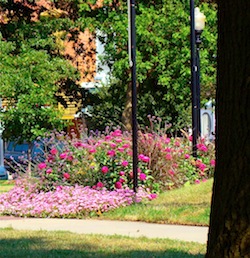 Set forth in this narrative from John 1, we are given the testimony of John the Baptist. Who was this voice crying in the wilderness that had reached the ears of the Pharisees, the religious leaders of the day?

19 Now this is the testimony of John, when the Jews sent priests and Levites from Jerusalem to ask him, “Who are you?”
20 He confessed, and did not deny, but confessed, “I am not the Christ.”
21 And they asked him, “What then? Are you Elijah?”
He said, “I am not.”
“Are you the Prophet?”
And he answered, “No.”
22 Then they said to him, “Who are you, that we may give an answer to those who sent us? What do you say about yourself?”
23He said: “I am
‘The voice of one crying in the wilderness:
“Make straight the way of the LORD,”’
as the prophet Isaiah said.”
24 Now those who were sent were from the Pharisees. 25 And they asked him, saying, “Why then do you baptize if you are not the Christ, nor Elijah, nor the Prophet?”
26 John answered them, saying, “I baptize with water, but there stands One among you whom you do not know. 27 It is He who, coming after me, is preferred before me, whose sandal strap I am not worthy to loose.”
28 These things were done in Bethabara beyond the Jordan, where John was baptizing.
John 1:19-28, NKJV

Testimony of John the Baptist
Introduction

Set forth in this narrative from John 1, we are given the testimony of John the Baptist. Who was this voice crying in the wilderness that had reached the ears of the Pharisees, the religious leaders of the day?

One would have to wonder if John the Baptist had come in our time if he would even have been noticed. With more churches and denominations of churches than we could possibly name, one would hardly pay attention to a new sect. However, during the time of John the Baptist there was one religion among the Jews. Oh, there were differing opinions even among the religious leaders, but all Jews worshiped at the local synagogue. So, when a religious man arrived on the scene and began to baptize his followers, it did not take long for the Jewish priests and Levites to send a delegation to question him. Thus John 1 records this rather interesting conversation between the Pharisees (the religious leaders of the Jews) and John the Baptist.


Testimony of John the Baptist
Questions from the Pharisees

It is interesting to note that John did not volunteer anything, but kept his answers short and succinct. Plus, he obviously had an idea of what they were really wanting to know for, when asked, “Who are you?” he replied, “I am not the Christ.”

Due to several Old Testament prophecies, the Jewish leaders were expecting the arrival of their Messiah. With preconceived ideas of what this Messiah would be like, they were certainly relieved to know that John the Baptist was not the Messiah. He seemed nothing like the military leader they were expecting.


Testimony of John the Baptist
Are You Elijah?

Their next question was certainly anticipated by John. “What then? Are you Elijah?”

His answer was certainly evasive, for in reality he could have answered either way. They believed that Elijah would be resurrected and would come again as the predecessor of Christ.

While John the Baptist actually was the “Elijah” who was prophesied in Malachi 4, he was not actually Elijah. Though the prophecy named Elijah, it did not mean that Elijah himself would be resurrected, but that one who represented Elijah (John the Baptist) would come.


Testimony of John the Baptist
Prophecy from Malachi 4

Testimony of John the Baptist
A Voice in the Wilderness

Finally, after more questions John answered, “I am ‘The voice of one crying in the wilderness:
“Make straight the way of the LORD,”’ as the prophet Isaiah said.”

To these religious leaders, that should have been the confirmation they needed, as they were certainly familiar with the passage from Isaiah 40, from which John was quoting, Isaiah 40:3-5


Testimony of John the Baptist
Prophecy from Isaiah 40 (KJV)

Testimony of John the Baptist
Blind Leaders of the Blind

Amazingly the Pharisees lumbered on with more questions regarding John’s baptizing people, having missed the obvious. Even more, they should have understood his last statement in verses 26 and 27 when he was making an obvious reference to Christ, the Messiah. It is He who, coming after me, is preferred before me, whose sandal strap I am not worthy to loose.

One very important thing that we need to take note of is the blindness of the blind. As we continue through the book of John we find it is obvious that the Lord Jesus Christ was and is the Messiah, yet only a few truly believed. How could that be?


Testimony of John the Baptist
Bible Is Not A Talisman!

Yet, the same thing is true in our day. How much of the Bible is misunderstood because people approach Bible reading and Bible study with preconceived ideas of who God is? Most people have an idea in their mind of the ideal “God,” but because He does not fit the God of the Bible, they miss it.

The truths of the Word of God are laid out plainly for all to see and understand, but Satan, the god of this world has blinded the eyes of most people so that seeing they do not see, and hearing they do not hear.

The Bible is not a mystical talisman, but it is the living Word of God. Without the Holy Spirit opening our eyes and ears, we will not understand what is contained in its pages. Pray today that through the work of the Holy Spirit, God will open your heart and mind to understand His Word. May He reveal its truths to you, and may you understand and receive Christ, the Messiah, the Son of God, as your own personal Lord and Savior.

The religious leaders of Jesus’ day rejected Him, despised Him, and sent Him to die on the cross. Little did they realize that they did not put Him to death. As the eternal Son of God, He gave Himself up to die, was crucified, died, and buried. The third day He rose again from the dead, by His own power, and sits today at the right hand of God the Father.


Testimony of John the Baptist
Christ is the Answer!

Go to Christ, pray for grace to believe that the Word of God would not be foolishness to you, but the power of God.

Testimony of John the Baptist