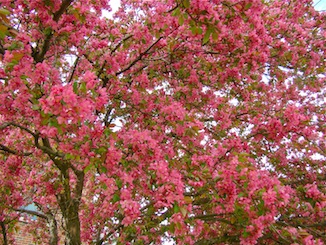 The people were seeking Jesus. Imagine their surprise when He appeared at Capernaum with His disciples. After all, they knew He had not gotten on the boat with them when they left the other side of the sea.

22 The day following, when the people which stood on the other side of the sea saw that there was none other boat there, save that one whereinto his disciples were entered, and that Jesus went not with his disciples into the boat, but that his disciples were gone away alone;
23 (Howbeit there came other boats from Tiberias nigh unto the place where they did eat bread, after that the Lord had given thanks:)
24 When the people therefore saw that Jesus was not there, neither his disciples, they also took shipping, and came to Capernaum, seeking for Jesus
25 And when they had found him on the other side of the sea, they said unto him, Rabbi, when camest thou hither?

Where was Jesus? The people who had eaten the bread that Jesus miraculously provided were looking for Him. They saw His disciples enter a boat bound for Capernaum, but Jesus was not with them. In desperation, many of them took boats bound for Capernaum as well. Imagine their surprise when they discovered that Jesus was in Capernaum with His disciples. They asked Him, Rabbi, when camest thou hither?

They just did not get it, did they? They saw the miracles that Jesus did, but still, He was just a Rabbi, a teacher, to them. They did not perceive Him as the Son of God.

The gods of this world are not at all like that, are they? Neither were the heathen gods of the Romans who ruled at the time Jesus walked the streets of Galilee. The Roman gods were selfish, and often warred with one another through the lives of helpless men and women on earth. But, a God who gave everything for a people so undeserving was a complete mystery to them.

Though they saw the miracles that Jesus did, they still thought of Him as being human, just like them. They did not understand that, as God, He was not bound by the same restrictions of time and space that they were.

The eyes of this world are just as blind as were those of the Romans and the Jewish people in the time of Christ. It is a selfish world; even doing things for others is often just a cloak for attention. No matter how we are on the inside, we want everyone to perceive us as a good people. However, there is no such think as a good person. We only become good through the power of God.