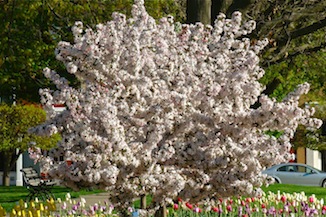 Why was John the Baptist still baptizing followers now that Jesus Christ had come and was also baptizing? I am sure there are many answers, but two things came to my mind.

22 After these things came Jesus and his disciples into the land of Judaea; and there he tarried with them, and baptized. 23 And John also was baptizing in Aenon near to Salim, because there was much water there: and they came, and were baptized. 24 For John was not yet cast into prison.
(John 3:22-24, King James Version)

I read through these verses and wondered why John the Baptist was still baptizing now that Christ had come and was also baptizing. I am sure there are many answers, but two things came to mind.

First, it was still quite early in Christ's ministry; He was still not widely known. Therefore John was continuing to do what he had come to do. He was preparing people for the ministry of Christ. His was not to be a continuing ministry, but rather a ministry that directed people to Christ during the early part of Christ's ministry.

I think there is another interesting point in all of this. How do we feel when we are successfully doing something, and then someone else comes along and does it so much better? Do we feel like we have been replaced and our work is of no use? Now I realize that we are talking of Christ and John the Baptist here, but it is worthy of notice that John continued his ministry until he was removed from it when put in prison.

It is not necessary that we are the best in our field, but rather we must do the best that we are able to do. God has created each of us individually with different levels of abilities because each of us have a specific purpose for which we were designed.

I play and teach piano. I can already tell you that I am not the best teacher in the world, and I am certainly not the greatest pianist in the world. Does that mean that I should not teach piano? Of course not; I have developed my abilities to do the best that I am able with the abilities that I have, and as such have built a very successful studio. In that, I find a great deal of contentment in what I do.

The secret to true joy and contentment in our Christian life begins with the realization that we have been uniquely created to do the work that God has ordained for us to do. It is so important that we do not spend useless time comparing ourselves with others, but rather spend our time developing the God-given abilities that we do have.

Later on in John 3, John the Baptist declares, He must increase, but I must decrease. We find no resentment in these words, but rather a realistic acceptance that he was doing what God had called him to do.

What a good thought for us to ponder throughout this day!