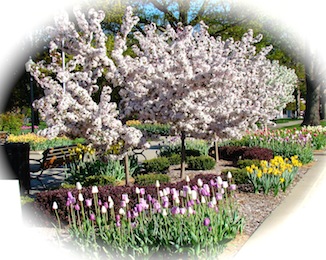 It must have been an amazing sight. Feeding the 5000 is one of the most familiar of all of the miracles of Jesus.

1 After these things Jesus went over the sea of Galilee, which is the sea of Tiberias.
2And a great multitude followed him, because they saw his miracles which he did on them that were diseased.
3 And Jesus went up into a mountain, and there he sat with his disciples.
4 And the passover, a feast of the Jews, was nigh.
5 When Jesus then lifted up his eyes, and saw a great company come unto him, he saith unto Philip, Whence shall we buy bread, that these may eat?
6 And this he said to prove him: for he himself knew what he would do.
7 Philip answered him, Two hundred pennyworth of bread is not sufficient for them, that every one of them may take a little.
8 One of his disciples, Andrew, Simon Peter's brother, saith unto him,
9 There is a lad here, which hath five barley loaves, and two small fishes: but what are they among so many?
10 And Jesus said, Make the men sit down. Now there was much grass in the place. So the men sat down, in number about five thousand.
11 And Jesus took the loaves; and when he had given thanks, he distributed to the disciples, and the disciples to them that were set down; and likewise of the fishes as much as they would.
12 When they were filled, he said unto his disciples, Gather up the fragments that remain, that nothing be lost.
13 Therefore they gathered them together, and filled twelve baskets with the fragments of the five barley loaves, which remained over and above unto them that had eaten.
14 Then those men, when they had seen the miracle that Jesus did, said, This is of a truth that prophet that should come into the world.

Jesus crossed over the Sea of Galilee and began ministering to the people on the other side. His performing so many miracles was drawing a crowd of people. We are told that there were 5000 men following Him, but that does not include women and children. As they were in the hills and not near any town, Jesus began to discuss what to do about supper. Now, He already knew what He was going to be feeding the 5000, but His disciples had no idea. It was discovered that a small boy had a basket of 5 small barley loaves and 2 fish, but what was that in a crowd that large?

After commanding everyone to sit down upon the grassy slopes, Jesus took the boy's food, blessed it, and began to give it to his disciples so they could distribute it to the crowd. After everyone had eaten their fill, the disciples filled twleve baskets with the remainder. How did the people respond to this miracle of the feeding of 5000?

Then those men, when they had seen the miracle that Jesus did, said, This is of a truth that prophet that should come into the world.

It must have been an amazing experience, but we, today, can still experience Christ's feeding, maybe not feeding the 5000, but still a miracle for us today. Christ gives to us the bread of heaven so that we will no longer have need of food. Does that mean we can live the rest of our lives without eating? No, but it does mean that our spiritual emptiness can be filled with the bread of heaven, and we will never want again for all of eternity. Just as in the feeding of 5000, Jesus still continues to feed us with His Word and through the Holy Spirit who lives within us.

Jesus is called the Bread of Heaven, and He gave His life so that He may purchase a people for Himself. What happens to those who eat this bread? Is their life happy, happy, happy, ever after? Not while on this earth!

Christ fills the emptiness of our hearts with His glorious light. Though we may struggle with our sin while still on this earth, the empty void caused by our sins is gone. This Bread will satisfy our spiritual needs for all eternity.

Have you wondered how some Christians can go through heartache after heartache and yet never lose their joy for the Lord? Their vision is focused on the Lord Jesus Christ who is their Source of joy. Men may kill our bodies, but they cannot destroy our soul, which is filled with the joy of Christ.

As you think of the feeding of 5000, I would challenge you to examine your own life. Are you truly filled with the Bread of Heaven? Only Christ can perform that miracle in your heart.