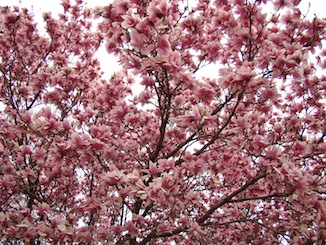 Disillusioned! That described most of the disciples of Jesus when they heard Him claim that He was the Son of God.

60 Many therefore of his disciples, when they had heard this, said, This is an hard saying; who can hear it?
61 When Jesus knew in himself that his disciples murmured at it, he said unto them, Doth this offend you?
62 What and if ye shall see the Son of man ascend up where he was before?
63 It is the spirit that quickeneth; the flesh profiteth nothing: the words that I speak unto you, they are spirit, and they are life.
(John 6:60-63, King James Version)

Many of the disciples of Jesus loved His miracles, but they were not too excited about the words He spoke. As a matter of fact, they were disillusioned! They were not looking for a spiritual kingdom; they wanted Jesus to set up an earthly kingdom. His words had been enticing, but now He was going too far. Eat His flesh and drink His blood? Who does He think He is, God?

At this point in John 6, many who had been following Jesus began to realize that He was not the "god" they had envisioned. They could accept Him as a great man or even a great prophet, but God? No way!

As I was thinking over these verses from John 6, I realized that professing Christians today often do the same thing. I think the proper question to ask is, do we worship the God of the Bible, or a god of our own choosing? Is the Bible a smorgasbord? Do we just pick and choose the attributes of God we like, and then just overlook the others?

Before we answer a quick, "No," let's just ponder that question awhile. Are we offended by the God of the Bible? It is a subtle question, is it not? The devil certainly likes to confuse our minds with healthy doses of the attitudes of the world mixed in with our Christianity.

Are you disillusioned by Christ? Pray that God would open your eyes to the truths of the Word, and give you the desire and ability to embrace them with all of your heart.