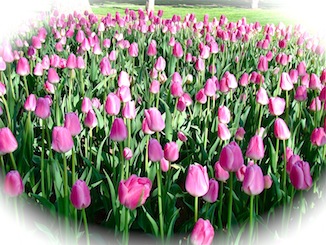 Condemnation! What a chilling word, but what does it really mean? We think of a prisoner on death row as being condemned to die for the murder or sin that he or she committed. Is there a sentence worse than that given to those on death row?

19 And this is the condemnation, that light is come into the world, and men loved darkness rather than light, because their deeds were evil.

20 For every one that doeth evil hateth the light, neither cometh to the light, lest his deeds should be reproved.

21 But he that doeth truth cometh to the light, that his deeds may be made manifest, that they are wrought in God.

Condemned! What a chilling word, but what does it really mean? We think of a prisoner on death row as being condemned to die for the murder or sin that he or she committed. Is there a condemnation worse than that given to those on death row? Oh yes! To be condemned in this life only has the potential of removing one from this life, but eternal condemnation carries with it a death sentence that will last for all eternity. Jesus, in John 3:18, is speaking of this eternal condemnation.

The verses above expand on the condemnation of the world. Remember, Christ did not come to condemn the world; it was already condemned. Why? Verse 18 explains simply, that the sin of unbelief is enough to condemn a person, because they do not believe in the name of the only begotten Son of God. To those in Jesus’ day, Jesus appeared to be an ordinary man just like them, but upon following His deeds and hearing His words, it should have been apparent that Jesus was no ordinary man like them.

We should not be surprised by this, after all, what is the propensity of man? Mankind, when left to himself is stubborn and jealous. Just look at what happens at work when a person gets promoted, especially if others in the department were expecting to receive that promotion themselves. Outwardly, congratulations are in order, but inwardly, most are not happy. Yet, that is such a trite example of a far worse problem. In our heart of hearts we are born in sin; in other words, we love our sin. When we observe a righteous person—a “goody-goody-two-shoes”—it makes us look bad. Rather than spurring us on to live a more righteous life, we despise that person.

Such was the case with the Lord Jesus. Most people of His day did not want to give up their sinful ways. It was much easier, then, to despise and hate Jesus rather than to acknowledge Him as their true Lord and Savior. Is it any different today? No! Oh, we like to look good on the outside, but in our heart of hearts we love our sinful ways, and certainly do not consider them to be evil enough to condemn us for all eternity.

The good news, however, is that, just as in Jesus’ day, the people of the darkness can come to the Light, through belief in the Lord Jesus Christ. People who come to Christ shed the love of darkness—the love of their sins, and by the grace of God, become lovers of the Light, seeking more and more to please Christ in everything they think, say and do!

Is this good enough for God? John 3:21 is translated this way in the English Standard Version of the Bible: But whoever does what is true comes to the light, so that it may be clearly seen that his works have been carried out in God.

In other words, our righteousness, through Christ, stands firm before God Himself. Being “wrought in God” means that God sees no sin when He looks upon the redeemed of the Lord, but rather sees only the righteous blood of Christ that has covered their sins. How amazing is that?

The invitation is still open today. Come to the Light! Christ will save you now!