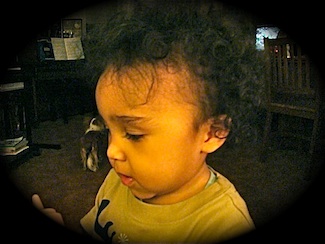 What does it mean to be poor in spirit? Peter is one of my favorite disciples to read about. He was a man of many moods. It's hard to believe that in just a short time, God would change him so much, that though he was so easily excitable, God make a great change in his life.

“ Blessed are the poor in spirit,
For theirs is the kingdom of heaven.
(Matthew 5:3, New King James Version)

Peter could hardly sit down in the boat, because he was SO excited. Peter, John, Matthew and the other disciples had just seen something they would never forget. It’s all they could talk about. It had been a very hot day and Jesus had sailed away to a deserted place so He could be alone for awhile.

The people were looking for Jesus. Everyone asked the people around them if they knew where He was, but He just seemed to disappear, and they couldn't find Him anywhere. By now, there was a whole crowd of people, in fact there were so many people that there were more in the crowd than we have in some of our towns and small cities.

All of a sudden someone was shouting. What were they saying? Someone had found Him? Soon, the crowd was joined by many more people from some of the cities close. They HAD to find Him; they had to hear more of the wonderful things He was telling them about God and about Heaven.

It was a long walk, and by the time they got there they were very tired – but it didn’t matter. They would see Jesus. Maybe He would even heal someone right before their very own eyes.

Jesus saw them coming from far away, and He felt compassion toward them. He knew how much they needed him. Some wanted to be healed of the sicknesses and diseases they had and others just wanted to hear Him talk. So, Jesus stood in front of them and began to teach.

Jesus told them to bring up everyone who was sick. How did He do it? He just spoke a word, and they were completely healed. Some were so happy, they just jumped and danced their way back to sit by their friends and family. Nothing like this had ever been heard of before.

But, when He talked, they just sat spellbound. He told them about God the Father and about heaven. He said something about Him being God’s Son. He seemed to be saying that He was God, too, but how could that be true? He looked just like them, and He grew up close by in Nazareth. His father, Joseph was a carpenter and his mother was Mary. It didn’t seem possible, somehow . . . but, then, look at what He could do?

He healed sick people, He brought some back from the dead, and, He even told many of them that their sins were forgiven! Mary and Joseph couldn’t do that, and none of his brothers could heal people either. He was so interesting and what He said made them so hopeful, that they sat there all day. No one wanted to go home!

He also said that those who were Poor in Spirit were blessed, but they weren't sure what that meant. Even the disciples did not understand everything He said. Peter did not know that very soon he would learn exactly what it meant to be Poor in Spirit.

With his eyes looking up to God the Father in heaven, Jesus blessed the food. He gave loaves of bread and fish to his disciples and told them to give them to the people. Peter took the five loaves and two fish and walked away to give them to a man and his family sitting nearby.

"Well, that's gone," he thought, "Now what are we going to do?" But, there were James and John, and Matthew, and Judas, and Bartholomew. Each of them had their arms full of bread and fish and were handing food out to the people.

Peter went back to the Lord, and sure enough. Every time he would pick up a loaf of bread or a fish, he would look and there would be more waiting for him to take to the people.

Soon, everyone had eaten all they could eat. The disciples took some baskets to gather up what was left. They had twelve baskets full of bread and fish remaining! There were 5,000 men in the crowd, along with women and children.

That is why Peter was so excited. He and the other disciples were now in the boat, sailing to the other side of the lake.

It was so dark, they couldn’t see a thing. One of the disciples looked up, and shouted, "What’s that? Do you see it?"

Another one said, "It looks like a ghost, walking on top of the water!" Now they were all terrified!

Jesus knew their fear, and spoke to them. "Don’t be afraid; It’s me, Jesus."

Peter wasn’t so sure. "Lord, if it really is you, then command me to come to you on the water, too."

It seems so often that, like Peter, we have to learn things the hard way. Many times becoming Poor in Spirit is a process -- it just doesn't happen all at once.

When Peter and Jesus got into the boat, the wind stopped and the water became calm. Peter and the disciples fell at Jesus' feet and worshiped him. They said, "It’s true. You really are the Son of God."

Peter learned a great lesson that day. He learned what it was to become Poor in Spirit. He knew that if Jesus hadn’t been walking on the water he would have drowned. But he also knew that it meant more than that. Everything he was or did was nothing because, only by trusting in Jesus could he really do anything right.

And that is what it means to be Poor in Spirit. The home for those who are Poor in Spirit is not on this earth, because the Bible says that their home or country is the Kingdom of Heaven.

Are we Poor in Spirit? Do we think we can live our life just any way we decide to? After all, we’re smart; we can do so many things well. I mean, look at all we’ve accomplished. Man has even walked on the moon, and built a space station, and sent probes to Mars and beyond.

God commands us to be Poor in Spirit. Christ is all; He is everything that is important in our lives. He guides us, He keeps us safe, and He sent the Bible to us so we could learn about Him.

What about all those abilities you have, and your great intelligence?

God gave us everything, even our abilities and intelligence, and he means for us to use all of the gifts he gave us to live our whole lives trusting in Him and living according to the Bible for His honor and glory.

Pray to God that he will help you to be Poor in Spirit, like Peter. Peter wrote a couple of the books in our Bible. This is what he says in 1 Peter 1:5.

We are kept by the power of God through faith for salvation ready to be revealed in the last time.

Do you know what that means? God is the one who keeps us and gives us salvation. Understanding and believing that is what it means to be Poor in Spirit.

The next Beatitude is about mourning. We go back to another story about Peter. This time it is almost at the end of Christ’s ministry.

Blessed Are Those Who Mourn