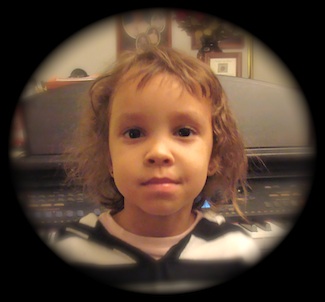 The Bible tells us that Moses was a very Meek man. In this Beatitude devotional, Aaron and Miriam complain about their brother, Moses. God hears, and is not happy. Find out what happens to Miriam.

Blessed are the meek,
For they shall inherit the earth.

Moses was a great leader of the Children of Israel. He would listen to their complaints, and then go before God and ask for help for them. However, many times the Children of Israel would become jealous of him. One day, Moses’ brother, Aaron, and sister, Miriam, were talking about Moses. Who did Moses think he was? Was he the only one God spoke to? After all, God spoke through them as well.

How did Moses answer? What would we have done? If we were Moses, we would have argued, pointed out all of the reasons why they were wrong, and then would have told them how important we really are. God chose to speak directly to ME and not to THEM. Is that how Moses responded? No, the Bible says, Now the man Moses was very humble (Meek), more than all men who were on the face of the earth. Moses was very Meek.

Aaron and Miriam forgot something that we tend to forget as well. Do you know what they forgot? The Bible says, And the Lord heard it (their grumbling). Are we Meek when we argue and complain, and do we forget that God is listening? He hears everything we say. God heard what Aaron and Miriam said, and He was NOT HAPPY. Come out, you three, to the tabernacle of meeting! God said.

So Moses, Aaron, and Miriam all came out to the tabernacle. Then the Lord came down in the pillar of cloud and stood in the door of the tabernacle, and called Aaron and Miriam. And they both went forward. I’ll bet they were really scared. If they weren’t, they should have been!

Because Moses did not argue with Miriam and Aaron, he was being very Meek.

Do you think Aaron and Miriam argued with God? No, they did not. I imagine they were too afraid; they were probably shaking in their boots.

Well, here’s what God did. When the cloud that God was in rose back up into the sky, Aaron looked at Miriam and she was leprous, as white as snow. Leprosy is a horrible disease. Miriam’s entire body was covered with sores, and her skin had turned white, because it was flaking off.

Is that what you think he said? That’s what we would have wanted to say. But, no, that is not what Moses said.

Then, Moses cried out in prayer to the Lord, and asked God to heal her. But, the Lord told him, that if she had sinned against her father, she would have had to go outside the camp and stay there for seven days.

So, Miriam was sent outside the camp. She had to stay there with her leprosy for seven days. All of the Children of Israel had to camp where they were and wait for Miriam to be healed. At the end of seven days, God healed Miriam and she was able to return to her tent in the camp. Now, the people were finally able to travel again.

What does it mean to inherit the earth? The Bible tells us that someday God will destroy this Earth with fire. Then, He will build a new Heaven and a new Earth. The true Christians, who have accepted Jesus Christ as their Lord and Savior, will be the ones who will inherit the new earth. Can you imagine, boys and girls, what it will be like to live on a new Earth, not corrupted by sin? It will be more beautiful than any place we've ever been on this earth. When I think about it, I can hardly wait!

Next: Hunger and Thirst after Righteousness

Blessed are the Meek

Blessed Are Those Who Hunger and Thirst for Righteousness