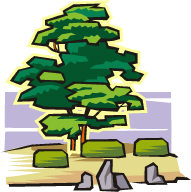 What does it mean to Hunger and Thirst for Righteousness? Jesus met a man from Jericho named Zacchaeus. Read the story here, to find the meaning of this Beatitude.

Blessed are those who hunger and thirst for righteousness, for they shall be satisfied.
Matthew 5:6, English Standard Version

Jesus traveled through the towns around Jerusalem, healing the sick (including many children) and telling the people about his heavenly Father. He also spoke of sin and forgiveness. One day when Jesus passed through Jericho, He saw a man named Zacchaeus.

So, when Zacchaeus heard the news that Jesus was in Jericho, he ran to see him.

But, there was a problem. There were so many people there, that no matter how hard he tried, Zacchaeus, couldn’t see Jesus. He was too short. He tried pushing through the crowd, but that didn’t work. Maybe he should just go home; he could try to Jesus some other time. But, no, that wouldn’t work. He didn’t know why, but he just HAD to see Jesus. He looked around to see if there was a higher place to stand; that’s when he spotted the sycamore tree. If he could just climb up into the tree, he was sure he could see Jesus.

Zacchaeus had a surprise awaiting him when he climbed up into the sycamore tree and could finally see Jesus. Jesus came right up to the tree, looked at Zacchaeus, and said, “Zacchaeus, hurry and come down out of that tree, because I’m coming to your house today!"

Do you think Jesus could feed Zacchaeus Hunger and Thirst for Righteousness? Wow! Not only did he get to see Jesus, but Jesus was going to be coming to HIS house. He was so very happy, that he hurried all the way home so he could welcome Jesus properly when he got to Zacchaeus’ house.

As a matter of fact, Zacchaeus was so full of Hunger and Thirst for Righteousness, that he fell down before Jesus and said, Lord, I will give half of everything I own to the poor; and if I have taken anything from anyone by lying to them, I will pay back four times the amount I took.

Jesus said to Zacchaeus, Today salvation has come to this house, because he (Zacchaeus) also is a son of Abraham. Did Jesus just say this because Zacchaeus gave everything back he had stolen? Can we only become Christians if we give all our money away and are poor? No, Jesus saw something much more important than money. He could see right into Zacchaeus’ heart, and what he saw there, is what he desires to see in our hearts, too. He could see that with all of his being, Zacchaeus was filled with Hunger and Thirst for Righteousness. All of a sudden, nothing else mattered anymore. He had a desire to be poor in spirit, he mourned over his sin, and he became very meek. He didn’t make excuses for his sin, but immediately wanted to give everything back to the people from whom he had stolen money. It was more important to give his whole heart and life to Jesus, to serve Him the rest of his life, than to be rich.

So, is it wrong to be rich? No. It’s nice to have things. It’s fun to be able to go shopping, to have lots of toys and games, to go on trips with our family, and to have plenty to eat. But, none of that really matters if we do not Hunger and Thirst for Righteous and fellowship with God. Pray that God will help you to understand more and more, that God is all you need for life and happiness. Heaven is so much more than earth could ever begin to be.

Yes, Zacchaeus was filled with Hunger and Thirst for righteousness, and because of Christ, he was satisfied.

Next: Blessed are the Merciful

Blessed are Those who Hunger and Thirst after Righteousness

Continue with Blessed are the Merciful