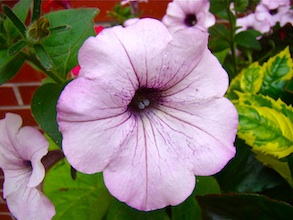 Baptist Beliefs S continues the online Christian library with the works of such Baptists as John Skepp, John Spilsbury, and Samuel Stennett.

Not much is known about John Skepp other than what is contained in the above-mentioned work. The title page of this work shows the following as the complete title of this work: Divine Energy: or the Efficacious Operations of the Spirit of God upon the Soul of Man, in His Effectual Calling and Conversion, Stated, Proved, and Vindicated. Wherein the real Weakness and Insufficiency of Moral Suasion, without the Superaddition of the exceeding Greatness of God's Power, for Faith and Conversion to God, are fully evinced, being an antidote against the Pelagian Error.

John Spilsbury was a Baptist minister who lived from 1592 to about 1668. He set up a Calvinist Baptist church in London in 1638. He is known to have published two works: the work shown above as well as a work entitled, A Treatise Concerning the Lawful Subject of Baptism."

Samuel Stennett (1727-1795), was a Seventh Day Baptist minister, also known for the writing of several hymns. Though born in Italy, he moved to England with his family in 1737. Of the 39 hymns he wrote, the hymns, "On Jordan's Stormy Banks," and "Majestic Sweetness Sits Enthroned," are still sung today.

Stennett also published a memoir of the life of William Ward, a missionary to India, in 1825.