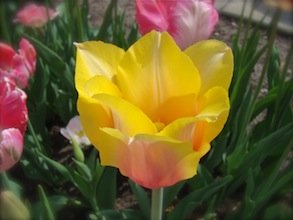 In John 5, Jesus heals a man who has been sick for 38 years. Imagine the joy this man felt? The Jewish leaders, however, were not happy, for Jesus healed this man on the Sabbath!

10 The Jews therefore said unto him that was cured, It is the sabbath day: it is not lawful for thee to carry thy bed.
11 He answered them, He that made me whole, the same said unto me, Take up thy bed, and walk.
12 Then asked they him, What man is that which said unto thee, Take up thy bed, and walk?
13 And he that was healed wist not who it was: for Jesus had conveyed himself away, a multitude being in that place.
14 Afterward Jesus findeth him in the temple, and said unto him, Behold, thou art made whole: sin no more, lest a worse thing come unto thee.
15 The man departed, and told the Jews that it was Jesus, which had made him whole.
16 And therefore did the Jews persecute Jesus, and sought to slay him, because he had done these things on the sabbath day.
(John 5:10-16, King James Version)

In our previous devotion from John 5, we read of the miraculous healing of a man at the pool of Bethesda, who had an infirmity for 38 years. Jesus, upon healing him, told him to take up his bed and walk. Can you imagine the joy this man felt?

Surely the Jews must have been astounded by this miracle. How did they respond? When the Jews saw the man carrying his bed they said, "It is not lawful for you to carry your bed on the Sabbath." They missed the whole thing!

In keeping the law of God, the Jews had a huge list of do's and don'ts for honoring the Sabbath. Even healing was forbidden on the Sabbath. Can you imagine our hospitals closing their doors on the Sabbath?

But, it gets even worse! When the Jews discovered that it was Jesus who had healed the man of his infirmities, they sought to kill Him! What were the Jews missing? They were zealous to keep the law of God, but did that make them Christians? What was lacking? They kept the letter of the law, but they had no heart for the Lord.

I have met many professing Christians like that today. Filled with pride at their faithful (in their manner of thinking) observance of the commands of God, they look down upon those who do not. When I was in my late teens and early 20's, I lived in the states of Washington, Texas, Wyoming, and Iowa. Do you know what I discovered? The churches I attended in each of these states had a different definition of what obedience to the law was or was not. I could partake of a certain activity in one church, only to find that it was considered sinful in another.

It was a good lesson to learn. Yes, we must strive to be obedient to the Law of God, however, Christianity is a religion of the heart. When we love the Lord Jesus Christ with all of our heart, the result will be a life lived to His glory and not our own. "Perfect" obedience to the law (which, by the way, is impossible for us) does not make a person a Christian. A person may be "perfect" in their own eyes, and yet lost from Christ forever!

That is the lesson the Jews missed. Everything pointed to Jesus Christ being the Messiah. He fulfilled all of the prophecies concerning His coming which were written in the Old Testament Scriptures, and His coming was announced by John the Baptist. Their hearts, however, condemned the Lord Jesus Christ, which brought about their own eternal condemnation.

As we seek to be obedient to the Word of God, let us pray that we will have hearts filled with love for our Lord and Savior, Jesus Christ.

Jesus heals broken sinners today. Are we one of that number?