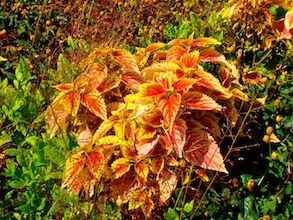 Lords Day 12 continues with the theme which began in Lords Day 11. David Croft, in beautiful poetic fashion, discuses the meaning of Christ being the anointed one as well as the significance of being called a Christian. It is good for us to be reminded that the terms we use have a great deal of significance. We should not only ponder that significance, but carefully determine to use them in their proper context.

What Rare and Precious

What rare and precious mystery
What wisdom crowns that sacred name
Of Christ, the Lord of history
Who to the world, "anointed" came?
He came of old unto His place
Ordained of God the Father's will
Anointed by the Spirit's grace
To every holy office fill

As our eternal king He reigns
And by His Spirit and His word
He rules and keeps us for He deigns
To guard our freedom with His sword
But why are you called Christian then?
Because of faith I grafted share
In His anointing, and to men
Confess His glory everywhere

So I present myself to Him
A sacrifice of living thanks
To strive against the world of sin
The devil and his evil ranks
And afterward to live with Him
Eternal thankful praises bring
To worship, Sabbath without end,
My Savior, "Prophet Priest and King"

Much ado used to be made by former kings and queens over the realization that they were anointed by God to hold the position they had. We have since lost the significance of the precious truths they held dear. Lords Day 12 takes up the meaning of Christ being anointed, or set apart by God, and ordained by the Holy Spirit to come to this earth as our prophet, priest, and king. His birth and consequent death were no accident, but specially planned to come about exactly as they did. No mere man could perform the duties required to satisfy a Holy God and bridge the chasm that sin had cast between God and man.

Why, then, are we called Christians? As believers in the Lord Jesus Christ, we too, have been anointed, or set apart, to present ourselves as living sacrifices to God our Father. In no way could we pay the debt of our own sins, but our sacrifice is one of thanks to God and the Lord Jesus Christ for bringing eternal salvation to such an undeserving race.

In this beautiful poem from Lords Day 12, David has captured the essence of the meaning of both words, "anointed," and "Christian." His closing lines are, "So I present myself to Him, A sacrifice of living thanks, To strive against the world of sin, The devil and his evil ranks, And afterward to live with Him, Eternal thankful praises bring, To worship, Sabbath without end, My Savior, "Prophet Priest and King."

Even so, come quickly Lord Jesus!