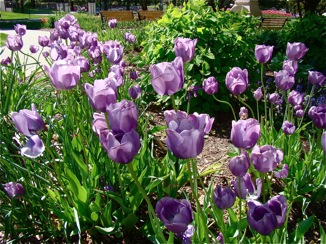 In Genesis 23 we come to the death of Sarah. Just imagine, she was 127 years old when she died; she and Abraham were most likely married over 100 years!

1 Sarah lived one hundred and twenty-seven years; these were the years of the life of Sarah. 2 So Sarah died in Kirjath Arba (that is, Hebron) in the land of Canaan, and Abraham came to mourn for Sarah and to weep for her.3 Then Abraham stood up from before his dead, and spoke to the sons of Heth, saying, 4 “I am a foreigner and a visitor among you. Give me property for a burial place among you, that I may bury my dead out of my sight.”
(Genesis 23:1-4, New King James Version)

In Genesis 23 we come to the death of Sarah. Just imagine, she was 127 years old when she died; she and Abraham were most likely married over 100 years! As a teen and even for most adults, death is usually considered as some remote time in the future, so it is hard to put ourselves in the place of Abraham. But think of it, He hardly remembered a time when Sarah was not his wife.

Think of the things they had experienced together. They left their original home, and then many years later left that home as well. Living new places could be an exciting time, but in those days it also meant never seeing one's family again. Think of how much closer that would draw the couple to each other. Again, it is hard for us to ponder that thought when we can easily get to the other side of the world in just a few hours.

What about their memories? They surely must have thought of those times when Sarah agreed to pose as Abraham's sister (which was not a complete lie). They probably laughed about it in their reminiscing, but it was certainly not funny at the time! And, I am sure they recounted again and again God's amazing act in giving them their son, Isaac. But, those years had passed, and the torch of God's people would be passed on to Isaac.

What kind of a heritage do you desire to pass on to your descendants? Why are you here? Why has God brought you to this earth at this particular time? As Christians, that is one of the most important questions to ponder, at any age!

The goals you set now will have an enduring influence on the rest of your life! Pray that God will give you the wisdom to choose wisely!