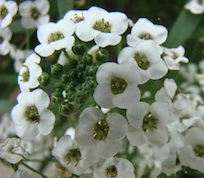 A Bible Devotion from Psalm 82

The Judge of all Nations

1 God stands in the congregation of the mighty; He judges among the gods. 2 How long will you judge unjustly, and show partiality to the wicked?

Hammurabi, the ruler of Babylon, is attributed to being the 1st ruler to have written laws. He felt, however, that possessions were more important than anything else including people. Therefore, the final determining factor in who won or lost a case was often based on how rich or poor the accused and accuser were.

Sometimes that sounds too painfully true of the courts of justice today. Even though laws are written to protect the poor or the feeble, we see judgments that are suspicious especially for the very rich and/or the very famous.

Even more, that is often the tendency in our own attitudes toward our fellow man, whether it is our family members, our friends, or our neighbors. How quickly we like to cozy up to a friend or acquaintance who seems to be affluent.

That may be a weakness of man, but God does not suffer from such prejudicial tendencies. God will judge the earth; He will inherit all nations. In the end, all nations will know who God is and will bow the knee to Him. The justice meted out that day will be perfect. How much we take for granted having a God, the Ruler of all creation as our just, holy, and righteous God. Everything He created is perfect, and He rules our world perfectly as well.

Though it may seem that those in the right, who desire truth and justice are such a small minority, in the end, God's righteousness and justice will prevail!

For the true Christian the final judgment will be a victorious day; but, for those who have rebelled against God, it will be a terrible day.

Pray today for true faith in Christ; pray also for those around you who are not Christians that God would shine the light of His Gospel upon them.

More Devotions on the 82nd Psalm from my blog, Daily Bible Devotions.