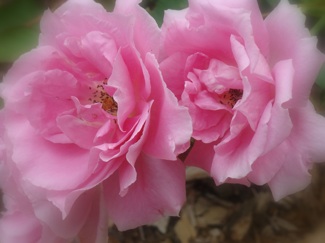 The story of Hagar is one that is hard for us to understand in our culture today; she certainly was a victim of circumstances. As Sarah's maid servant, or slave, she did not have a say in the circumstances of her life--even when it involved bearing children for her mistress!

Therefore she [Sarah] said to Abraham, "Cast out this bondwoman and her son; for the son of this bondwoman shall not be heir with my son, namely with Isaac."
Genesis 21:10

So Abraham rose early in the morning, and took bread and a skin of his mother, and sent her away. Then she departed and wandered in the Wilderness of Beersheba.
Genesis 21:14, New King James Version

God had long promised to Abraham that He would bless him with seed as the stars in heaven and the sand upon the seashore. As he and Sarah grew older, it became obvious that this seed was not going to come through Sarah. At least, that was Sarah's assessment of the situation. After thinking through the dilema, she developed an alternate solution. Sarah would use her maid servant; if she gave her to Abraham to be impregnated by him, the child would really belong to Sarah. Therefore Abraham would have descendants through Abraham and Sarah, via her "proxy".

Ishmael, as the son of Sarah's maid servant and Abraham, was never considered Sarah's son by God. His promise was to Abraham and Sarah. After Sarah was past child-bearing age, God miraculously fulfilled his promise to Abraham when Sarah gave birth to Isaac.

From this point on, Ishmael became an antagonist of Isaac. When Isaac reached the age of 13, Sarah could no longer tolerate the situation and demanded that her maid servant and Ishmael be sent away. After consulting God, Abraham discovered that this came about by the intentions of God and that God would protect Ishmael and make a nation out of him as well.

In Genesis 41:14 we read that Ishmael and his mother were given supplies and sent away. At this point, let's step back a little and think about Hagar. None of this had come about by her will; as a slave she was acting upon commands imposed upon her. Now she finds herself cast away: she became the discarded wife. She and Ishmael are sent away to wander in the desert; left to die. If one would have cause to be bitter about life, this would certainly be it. God, however, appeared to her in the desert and assured her of His protection and of his plans for Ishmael. From this point on, we are no longer told anything about Hagar's life. We do know from history that God did, indeed, fulfill all of His promises. The Arab nations are direct descendants from Ishmael.

Do you wonder at the constant strife between the nation of Israel and the Arab nations? Do you really think the strife is due to oil or money? Why do they still fight over a small portion of land, each claiming rightful ownership? Today, we have learned the root of that strife; the contention between Sarah and her mistress and between Isaac and Ishmael continues to this day, and always will until the Lord returns.

God sends us many difficult situations, but rarely as difficult as Hagar's. Even so, His grace was there for her; His protection was upon her.

It is good for us to step back occasionaly and realize that we are all a part of a bigger picture. God has a plan for this world, and He will bring it to pass. From Biblical history we discover that He often used simple or lowly people such as in this lowly maid servant. Do not underestimate your own importance in God's plan; no one is ever too small for God to use. Everything that happens in your life is ordained by God and is a part of His greater plan for this earth.