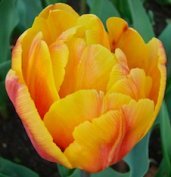 A Bible Devotion about Lots wife, who looked back at the city of Sodom, and was turned into a pillar of salt.

15 With the coming of dawn, the angels urged Lot, saying, "Hurry! Take your wife and your two daughters who are here, or you will be swept away when the city is punished."

16 When he hesitated, the men grasped his hand and the hands of his wife and of his two daughters and led them safely out of the city, for the LORD was merciful to them. 17 As soon as they had brought them out, one of them said, "Flee for your lives! Don't look back, and don't stop anywhere in the plain! Flee to the mountains or you will be swept away!"

25 Thus he overthrew those cities and the entire plain, including all those living in the cities—and also the vegetation in the land. 26 But Lot's wife looked back, and she became a pillar of salt.
Genesis 19:15-17 & 25-27, NKJV

We know very little about Lots wife, but we do know that she was a very wealthy woman. God had blessed Abraham and Lot to the point that they needed to separate because there was not enough land to support all of their livestock. If you will remember, Abraham graciously gave Lot the choice of land. Standing upon a hill overlooking the entire area, Lot chose to go near the cities of Sodom and Gomorrah, not knowing what a fatal mistake he had made.

It was not long after Lot and his family moved to the land near the cities that they decided to live in town. Imagine Lot's wife's helplessness, as this decision was made by her husband, and yet she had to live with the choices he made. How do you respond when a choice is made which affects you, but your opion has not been considered? As in the case of Lot, how little we know of what will come because of the choices we or others around us have made.

Though it may not have been her choice, I am sure Lot's wife made many friends in Sodom. When she and Lot's daughters grew up, both daughters married men from the city.

Known for its wickedness, God had determined to punish Sodom, along with its sister city, Gomorrah. You will recall that Abraham, in Genesis 18 had a lengthy discussion with the Lord, pleading for the city of Sodom; he did not want any harm to come to his nephew. When Abraham finally pleaded that God not destroy the city of Sodom if He found 10 rightous people within the city, God replied, "There are not even 10 righteous people in the city of Sodom."

Can you imagine Abraham's chagrine when he realized that the city that Lot and his entire family lived was to be destroyed? Even worse, how do you think he felt when he found out that there were not even 10 righteous people in Sodom? In Lot's household alone, there were more than 10 people!

What a sad ending to this passage. The Lord literally had to drag Lot, Lot's wife, and their daughters from the city of Sodom. Why was that? Maybe they did not really believe that God would destroy the city. Having lived in Sodom so long, maybe they just did not want to let go of their friends, their standing in the city, or the great wealth they had accumulated. It is easy for us, because we know how the story ends, but if they had not been faithfully following the Lord, how much faith did they really have?

That is an important thing for us to realize. Though our salvation is eternal, a life lived without fellowhip with God through prayer and Bible study, or fellowship with other Christians can so compromise our Christian life, that we do not even look or act like a Christian; we may even feel uncomfortable when we are with other Christians.

As the Lord drug Lot and his family out of the city, He gave them a final warning."Flee for your lives! Don't look back, and don't stop anywhere in the plain! Flee to the mountains or you will be swept away!" Genesis 19:17, NIV

We know the rest of the story, do we not? Genesis 19:26 tells us, Lot's wife looked back, and she became a pillar of salt.

That was her fatal mistake. Her love of the city caused her to take one more glance at the burning city, and God turned her into a pillar of salt.

By the grace of God, we need to pray that we will take our Christian life seriously. It is so important that we take the time to fellowship with God in prayer, and study His Word. Only by the grace of God could we have made a different decision than that made by Lots wife.