Sarah of the Bible 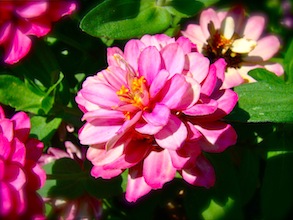 Devotions for women continues with the study of Sarah of the Bible who was a woman of great faith. Like many of us God grew her weak faith into maturity and trust in God.

27 This is the genealogy of Terah: Terah begot Abram, Nahor, and Haran. Haran begot Lot. 28 And Haran died before his father Terah in his native land, in Ur of the Chaldeans. 29 Then Abram and Nahor took wives: the name of Abram’s wife was Sarai, and the name of Nahor’s wife, Milcah, the daughter of Haran the father of Milcah and the father of Iscah. 30 But Sarai was barren; she had no child. 31 And Terah took his son Abram and his grandson Lot, the son of Haran, and his daughter-in-law Sarai, his son Abram’s wife, and they went out with them from Ur of the Chaldeans to go to the land of Canaan; and they came to Haran and dwelt there.
Genesis 11:27-31

15 Then God said to Abraham, “As for Sarai your wife, you shall not call her name Sarai, but Sarah shall be her name. 16 And I will bless her and also give you a son by her; then I will bless her, and she shall be a mother of nations; kings of peoples shall be from her.” 17 Then Abraham fell on his face and laughed, and said in his heart, “Shall a child be born to a man who is one hundred years old? And shall Sarah, who is ninety years old, bear a child?” 18 And Abraham said to God, Oh, that Ishmael might live before You!” 19 Then God said: “No, Sarah your wife shall bear you a son, and you shall call his name Isaac; I will establish My covenant with him for an everlasting covenant, and with his descendants after him.
Genesis 17:15-19

11 By faith Sarah herself also received strength to conceive seed, and she bore a child when she was past the age, because she judged Him faithful who had promised. 12 Therefore from one man, and him as good as dead, were born as many as the stars of the sky in multitude—innumerable as the sand which is by the seashore.
Hebrews 11:11-12

(All Scriptures are from the New King James Version of the Bible.)

Sarah of the Bible
Background

Sarah of the Bible was a rather remarkable woman. We are told that she was the wife of Abraham and also his half-sister. Our first account of Sarah appears in a list of people including her husband who left Ur of the Chaldeans and traveled to the land of Canaan.

Ur of the Chaldeans was one of the leading cities at that time which was near the Persian Gulf in Mesopotamia (the land between the Tigris and Euphrates Rivers). As such it was also the center of pagan worship. Abraham’s father, however stopped in Haran, just north of the land of Canaan.

Sarah of the Bible
Call of Abraham


Sarah of the Bible
Sarah is Barren

I imagine it was not easy for Sarah to leave Ur, and then again to leave Haran. But, except for one thing she was a very happy and submissive wife to Abraham; Sarah was barren. It must have been a very difficult time for Abraham and Sarah. God had promised Abraham that his descendants would multiply as the sand of the seashore, but how could this be if he had no heir?


Sarah of the Bible
Birth of Ishmael

Finally, because she was past the age of having children, Sarah suggested that Abraham go into her handmaiden’s tent and conceive a son through Hagar, Sarah’s servant. Abraham did so and Hagar conceived and gave birth to a son, Ishmael, when Abraham was eighty-six years old.

Isn’t that so much like us? God makes a promise to us and instead of waiting on God we try to solve the problem ourselves. It would be thirteen more years before Abraham and Sarah would see God’s miraculous answer to their prayers.


Sarah of the Bible
God’s Promise to Abraham and Sarah

God appeared to Abraham again when he was ninety-nine years old and Sarah was ninety years old telling him that Sarah would indeed give birth to a son who would be the heir of God’s promise. Upon hearing this Sarah laughed saying, saying, After I have grown old, shall I have pleasure, my lord being old also?(Genesis 18:12)


Sarah of the Bible
Sarah Gives Birth to Isaac

Sarah laughed at such impossible news; that laughter, however, was turned to faith. Hebrews 11:11 says,By faith Sarah herself also received strength to conceive seed, and she bore a child when she was past the age, because she judged Him faithful who had promised. No, Sarah was no longer trying to “help” God out; instead her laughter turned to joy when she believed that God would indeed do what He had promised. In the course of time Sarah gave birth to a son, Isaac.


Sarah of the Bible
Sarah Sends Hagar and Ishmael Away

Troubles were not over for Sarah, however, because Ishmael would taunt Isaac. When Isaac was thirteen Sarah had enough and told Abraham that Hagar and Ishmael must leave. God explained to Abraham that this is what He had planned; Isaac alone would be Abraham’s heir, even though Ishmael would also be a ruler over many people. God often uses natural means to accomplish His will; in this case he used Sarah’s displeasure. We can not begin to understand God; He accomplishes His will and yet He allows us to have free will. Men have tried to explain this, but I think we’ll have to wait until we get to heaven to truly understand this concept.

We are told that Sarah lived another thirty-seven years after the birth of Isaac. What an example of faith she left us.


Sarah of the Bible
Sarah’s Example to Us

We talk a lot about faith, and yet we find it is one of most difficult concepts to make a part of our life. We are so tied into this world that we forget to trust in God and believe the promises He has given us in Scripture. As a matter of fact, Christianity is a religion of faith; the very nature of being a Christian is founded upon trust in the truth of God’s word and faith in the Lord Jesus Christ who offered His life up freely to make atonement for our sins.

God Bless you as you live in the faith given to you by God, and when that faith is weak, think of Sarah.

Sarah of the Bible