Queen Esther of the Bible 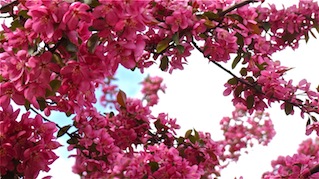 A devotion about Queen Esther of the Bible who was one of the most beautiful women in the world. Using beauty treatments, she was prepared to go to her own beauty pageant before the King of Persia.

Queen Esther of the Bible: The Story

After these things, when the wrath of King Ahasuerus subsided, he remembered Vashti, what she had done, and what had been decreed against her. Then the king’s servants who attended him said: “Let beautiful young virgins be sought for the king; and let the king appoint officers in all the provinces of his kingdom, that they may gather all the beautiful young virgins to Shushan the citadel, into the women’s quarters, under the custody of Hegai the king’s eunuch, custodian of the women. And let beauty preparations be given them. Then let the young woman who pleases the king be queen instead of Vashti.”

This thing pleased the king, and he did so.

In Shushan the citadel there was a certain Jew whose name was Mordecai the son of Jair, the son of Shimei, the son of Kish, a Benjamite. . . And Mordecai had brought up Hadassah, that is, Esther, his uncle’s daughter, for she had neither father nor mother. The young woman was lovely and beautiful. When her father and mother died, Mordecai took her as his own daughter.

So it was, when the king’s command and decree were heard, and when many young women were gathered at Shushan the citadel, under the custody of Hegai, that Esther also was taken to the king’s palace, into the care of Hegai the custodian of the women. Now the young woman pleased him, and she obtained his favor; so he readily gave beauty preparations to her, besides her allowance. Then seven choice maidservants were provided for her from the king’s palace, and he moved her and her maidservants to the best place in the house of the women.

Esther had not revealed her people or family, for Mordecai had charged her not to reveal it. And every day Mordecai paced in front of the court of the women’s quarters, to learn of Esther’s welfare and what was happening to her.

Each young woman’s turn came to go in to King Ahasuerus after she had completed twelve months’ preparation, according to the regulations for the women, for thus were the days of their preparation apportioned: six months with oil of myrrh, and six months with perfumes and preparations for beautifying women.Thus prepared, each young woman went to the king, and she was given whatever she desired to take with her from the women’s quarters to the king’s palace. In the evening she went, and in the morning she returned to the second house of the women, to the custody of Shaashgaz, the king’s eunuch who kept the concubines. She would not go in to the king again unless the king delighted in her and called for her by name.Now when the turn came for Esther the daughter of Abihail the uncle of Mordecai, who had taken her as his daughter, to go in to the king, she requested nothing but what Hegai the king’s eunuch, the custodian of the women, advised. And Esther obtained favor in the sight of all who saw her. So Esther was taken to King Ahasuerus, into his royal palace, in the tenth month, which is the month of Tebeth, in the seventh year of his reign. The king loved Esther more than all the other women, and she obtained grace and favor in his sight more than all the virgins; so he set the royal crown upon her head and made her queen instead of Vashti.Then the king made a great feast, the Feast of Esther, for all his officials and servants; and he proclaimed a holiday in the provinces and gave gifts according to the generosity of a king.
Esther 2:1-18, New King James Version

Much is emphasized in our day regarding beauty. Think of the money we spend on eye shadow, eye liner, lipstick, blush, etc. I was never so glad when my teenage daughter got her first job and was able to buy her own makeup! Wearing makeup sometimes comes up as an issue in Bible circles. God appreciated beauty. Do you think Eve was ugly? I doubt it. We certainly know that Queen Esther of the Bible was not ugly! When we try to use the Bible as a means of defining the use or none-use of makeup we are walking on thin ground. Wearing make-up is a Christian liberty; not wearing makeup is also a Christian liberty. As Christians we need to focus on the inner beauty of the heart. 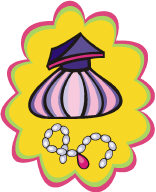 What about Queen Esther of the Bible? From the passage above we are told that Esther was very beautiful; we are also told something else. She obtained the favor of the custodian of the women. We’ll discover how later. Esther spent 12 months going through beauty treatments. I can see it now, “Mom I need to take a year off school so I can go through beauty treatments!” You probably wouldn’t get a very positive reaction, would you? When it was time to appear before the king, Esther requested nothing except what the custodian of women recommended. I would say she was very humble, wouldn’t you? We’d probably have a whole list of things we’d want to take with us to give us leverage with the king. 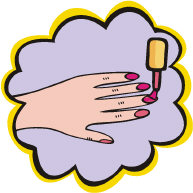 How did the king react? The king loved Esther more than all the other women, and chose her to be his queen. He was so delighted in her that he ordered a great feast for her: the Feast of Esther!

Queen Esther of the Bible
Inner Beauty of the Heart

Does the story of Queen Esther of the Bible end here? Actually it has only just begun. Please take the time to read the entire book of Esther. It is in the rest of the book that we learn of the real inner heart of Esther. Esther was willing to risk her own life to save the life of her people the Jews; which meant she also had to tell the truth about her own Jewish heritage. The Jews were not very popular among many of the Persians. She was also very submissive to those in authority over her, both the custodian of women and her own cousin, Mordecai. 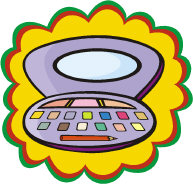 Remembering what had happened to Queen Vashti, who was dethroned by the king, Queen Esther of the Bible was very brave to go before the king without a summons. Often a person who approached the king unannounced or not summoned was executed. We see, however, that Esther’s heart for God and submissive heart toward those around her gained the love of the king for as long as Esther lived.

Queen Esther of the Bible
A Lesson for Us

Ever think you might be a queen someday – or president? Pray to God that He would give you a heart that is faithful to Him. Read and study the Bible and spend time each day in prayer. Christ is All; no matter what you face in life. Pray to God for an inner beauty that shines forth in everything you do and say. Like Queen Esther of the Bible, spend your time in beauty treatments of the heart.

Queen Esther of the Bible